Oh boy, was it cold this morning! We’d had a severe frost and the car was white.
Maya was not impressed getting her toes chilled at 5.30 and again at 8am.
Hubby’s INR appointment was at 9.40 so we were glad we’d put the cover over the windscreen and were up early to defrost the car and warm it up before setting off.
The road is still closed so we have a significant detour and were anxious about the state of the roads we’d have to use as they are no more than lanes in places.Still, we arrived bang on time, and Hubby is almost in range at 2.9 so has another test at 8.30 next Friday. I hope it’s not as cold as he will be leaving earlier and the roads likely to be worse as at least we had some sun on them today when we set out.

We decided to do some shopping just in case it’s bad over the weekend and when I got home and did my spreadsheets, I was angry that I had been overcharged on several items. It is not cost effect to go back and complain, so I am voting with my feet as well as my wallet and kicking Aldi into touch.
The culprits on the bill today were baked beans on the shelf at 37p but four for £1.20.  I was charged 39p each with no discount.
The fancy cheese I treat myself to at Christmas was 89p last year and recently £1.19 as it was today, with a pretty good shelf life so I got the pineapple and garlic varieties I like.

On my bill, they were each £1.25.
The dried apricots we knew had gone up from £2.39 to £2.65, but today they were £2.69. They are still selling UHT milk for 79p a litre, their excuse according to the media is that they are paying more to British farmers, but Lidl have kept their UHT milk at 69p for now so we shall buy it there.
It’s one thing that prices are increasing every time you shop, but when the price on the shelf is not the same as your bill, that is simply not playing fair.

We went into town to get a pie for dinner from our favoured butcher. This will be our last as it has gone up from £3.25 to £4.  The plum bread Hubby likes (and can tolerate) has seen a small increase of 25p, but I can get that locally if he fancies one.

It’s been an enlightening day. 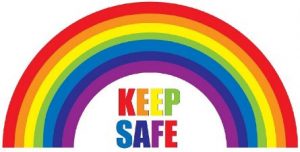 I am a retired number cruncher with a vivid imagination and wacky sense of humour which extends to short stories and poetry. I love to cook and am a bit of a dog whisperer as I get on better with them than people sometimes! In November 2020, we lost our beloved Maggie who adopted us as a 7 week old pup in March 2005. We decided to have a photo put on canvas as we had for her predecessor Barney. We now have three pictures of our fur babies on the wall as we found a snapshot of Kizzy, my GSD when Hubby and I first met so had hers done too. On February 24th 2022 we were blessed to find Maya, a 13 week old GSD pup who has made her own place in our hearts. You can follow our training methods, photos and her growth in my blog posts. From 2014 to 2017 'Home' was a 41 foot narrow boat where we made strong friendships both on and off the water. We were close to nature enjoying swan and duck families for neighbours, and it was a fascinating chapter in our lives. We now reside in a small bungalow on the Lincolnshire coast where we have forged new friendships and interests.
View all posts by pensitivity101 →
This entry was posted in current events, diary, observations, Personal Thoughts, today is.......... and tagged day to day, general chit chat, today is........... Bookmark the permalink.