Life is full of surprises

When he decided to spy on his wife, the last thing he expected was to discover that she had hidden talents.
For months he had thought she was having an affair. She had suddenly started experimenting with makeup and new clothes, then started joining new ‘friends’ for the theatre, opera and shows, all things she knew he had no interest in.
His suspicions grew when she came in late and he found a man’s tie in her coat pocket.
Nothing too drastic I suppose, but as she had said she was out with the girls, his mind went into overdrive.
Then he became angry.

He’d given her everything. They had no money worries, a lovely home, and had both agreed not to have children. He wasn’t comfortable challenging her, so instead he decided to follow her.

She went out as normal, kissing him goodbye and telling him she shouldn’t be late. He’d casually asked where she was going and she said the local town hall where they were putting on a play.
Shortly after she’d left, he got his coat and car keys, and made his way to the hall.
Sure enough she was there with a circle of people he didn’t recognise, but there didn’t seem to be one individual that stood out for her attention.
They all went inside and he quietly followed, buying a standing room only ticket at the kiosk.

His eyes soon adapted to the gloom, and as the curtain and lights went up, he saw her friends, but she was not amongst them, neither was there an empty seat to suggest she would be watching the performance.
He was about to leave when a familiar voice made him turn in disbelief.
His wife was on stage dressed in a glamorous sequinned gown as the band began to play, and she began to sing.
Not only could she hold a tune, and a high note for that matter, but could dance too!
Her partner led her across the stage to an Astaire and Rogers routine, and his wife was flawless.
They’d be married fourteen years and he’d had no idea, only having heard her sing doing the household chores from time to time.

Feeling a first class heel, he left quietly, deciding he should take more of an interest in her interests, and perhaps she would then include him in her ‘secret’.  He grinned as he realised he was actually quite proud! 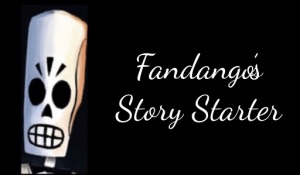 I am a retired number cruncher with a vivid imagination and wacky sense of humour which extends to short stories and poetry. I love to cook and am a bit of a dog whisperer as I get on better with them than people sometimes! In November 2020, we lost our beloved Maggie who adopted us as a 7 week old pup in March 2005. We decided to have a photo put on canvas as we had for her predecessor Barney. We now have three pictures of our fur babies on the wall as we found a snapshot of Kizzy, my GSD when Hubby and I first met so had hers done too. On February 24th 2022 we were blessed to find Maya, a 13 week old GSD pup who has made her own place in our hearts. You can follow our training methods, photos and her growth in my blog posts. From 2014 to 2017 'Home' was a 41 foot narrow boat where we made strong friendships both on and off the water. We were close to nature enjoying swan and duck families for neighbours, and it was a fascinating chapter in our lives. We now reside in a small bungalow on the Lincolnshire coast where we have forged new friendships and interests.
View all posts by pensitivity101 →
This entry was posted in #flash fiction, blogging, Challenge and tagged #FSS, Fandango's Story Starter. Bookmark the permalink.

24 Responses to Life is full of surprises