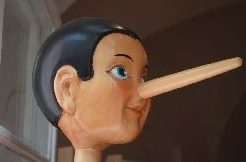 1. What is carpal tunnel?
It’s a tunnel running under a hill for canal boats originally towed by horses but later small single seater cars.
2. What is tennis elbow?
A bingo term to replace Monkey’s Elbow (number 9) which some people thought derogatory to apes.
3. What is a pulled muscle?
Similar to pulled pork, but served in a fish restaurant and three times as expensive.
4. What is tinnitus?
A band using instruments made from tin cans and string.
5. What are crows feet?
A nautical term for a zig zag pattern on the sea to avoid coral reefs.
6. What are hammer toes?
A piano tuner’s finest tuning forks.
7. What is pink eye?
This is the later train to the original Red Eye.
8. What is vertigo?
A fear of line patterned material.
9. What are cataracts?
A drama school for felines.
10. What is swimmer’s ear?
What you get if you don’t listen to Coach!

I am a retired number cruncher with a vivid imagination and wacky sense of humour which extends to short stories and poetry. I love to cook and am a bit of a dog whisperer as I get on better with them than people sometimes! In November 2020, we lost our beloved Maggie who adopted us as a 7 week old pup in March 2005. We decided to have a photo put on canvas as we had for her predecessor Barney. We now have three pictures of our fur babies on the wall as we found a snapshot of Kizzy, my GSD when Hubby and I first met so had hers done too. On February 24th 2022 we were blessed to find Maya, a 13 week old GSD pup who has made her own place in our hearts. You can follow our training methods, photos and her growth in my blog posts. From 2014 to 2017 'Home' was a 41 foot narrow boat where we made strong friendships both on and off the water. We were close to nature enjoying swan and duck families for neighbours, and it was a fascinating chapter in our lives. We now reside in a small bungalow on the Lincolnshire coast where we have forged new friendships and interests.
View all posts by pensitivity101 →
This entry was posted in blogging, Challenge, fibbing friday, questions and answers and tagged #FibbingFriday, fibbing Friday response, Q&A. Bookmark the permalink.