It has been one of those days when I had intended to do something but it didn’t work out that way.
I had a lie in this morning which was much needed after three early starts seeing to Maya, though at the time I didn’t feel particularly tired.  Today, despite those extra hours, it has just hit me and I am drained.

After lunch, I walked Maya on my own and it was a pleasant walk being a good 9 on the walkometer. We’d been asked to copy some paperwork for our friend so Hubby went round to collect that, then when I went round to walk Kela, I took it back.
In between I had intended to make some cards.I got the kit out, and the doorbell went. We ended up chatting to some fellow dog walking friends for about half an hour. Then just as I was about to settle down to it, I saw our neighbour and invited her in for a cuppa as we haven’t seen each other very much to chat.
After that it was walking Kela on my own as Hubby needed to rest, so I didn’t actually get started until almost 5pm!

I made four Hello cards using wrapping paper and a few things from cards received for my birthday. They’re not bad, but quite cheerful so will brighten our friends’ day when they hit their mats later this month.

The weather has changed though and it’s been raining since about 5.30. It looks like it’s here for the night so Maya might not get her final walk unless we get a window of about half an hour to walk her. It’s really stuffy indoors though, so we may well have to run the fan tonight. I hate nights like this. Thank you Vick 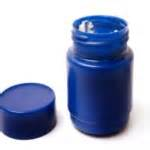 I am a retired number cruncher with a vivid imagination and wacky sense of humour which extends to short stories and poetry. I love to cook and am a bit of a dog whisperer as I get on better with them than people sometimes! In November 2020, we lost our beloved Maggie who adopted us as a 7 week old pup in March 2005. We decided to have a photo put on canvas as we had for her predecessor Barney. We now have three pictures of our fur babies on the wall as we found a snapshot of Kizzy, my GSD when Hubby and I first met so had hers done too. On February 24th 2022 we were blessed to find Maya, a 13 week old GSD pup who has made her own place in our hearts. You can follow our training methods, photos and her growth in my blog posts. From 2014 to 2017 'Home' was a 41 foot narrow boat where we made strong friendships both on and off the water. We were close to nature enjoying swan and duck families for neighbours, and it was a fascinating chapter in our lives. We now reside in a small bungalow on the Lincolnshire coast where we have forged new friendships and interests.
View all posts by pensitivity101 →
This entry was posted in Just a thought, miscellaneous, Uncategorized. Bookmark the permalink.

10 Responses to Can’t get going