Christine at Stine Writing is our hostess for the Simply 6 Minutes photo challenge.
Another gem of a picture this week. You can join in too here 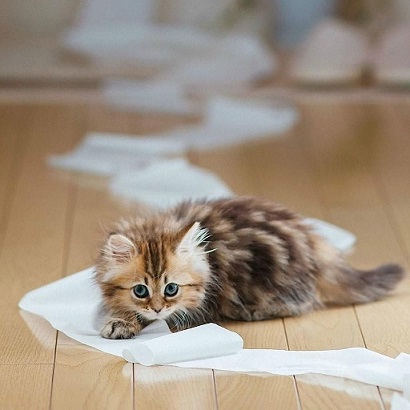 He said it was a good idea and a lot of fun. The white stuff just went on for ever and ever, but now I’m in the doghouse for something I didn’t do.
Why is it when the puppies do it, everyone oohs and aahhs, finding it so endearing and highly amusing that they make a video of it.
The little blighter set me up.
He never liked me. Got all jealous and silly because I was the latest addition and won more brownie points for cuteness.
I should’ve known he had an ulterior motive when he said I looked cold and provided me with a white frothy blanket. It was warm and comfy, and I fell asleep,  only to wake up to screams of
‘OH NO! Look what’s she’s done!’
and got banished to the cat pen with no supper. Damn. It was tuna tonight.
Pupsicle grinned smugly at me but I have his number now.
He likes cheese apparently, and Dad’s socks are ripe…………………..

I am a retired number cruncher with a vivid imagination and wacky sense of humour which extends to short stories and poetry. I love to cook and am a bit of a dog whisperer as I get on better with them than people sometimes! We have recently lost our beloved dog Maggie who adopted us as a 7 week old pup in March 2005. We decided to have a photo put on canvas as we had for her predecessor Barney, and now have three pictures of our fur babies on the wall as we found a snapshot of my GSD so had hers done too. From 2014 to 2017 'Home' was a 41 foot narrow boat where we made strong friendships both on and off the water. We were close to nature enjoying swan and duck families for neighbours, and it was a fascinating chapter in our lives. We now reside in a small bungalow on the Lincolnshire coast where we have forged new friendships and interests.
View all posts by pensitivity101 →
This entry was posted in #flash fiction, blogging, Challenge, photoprompt and tagged photoprompt, simply 6 minutes. Bookmark the permalink.