Stephanie Colpron is our hostess for MLMM’s Tale Weaver.  You can find out more and join in here 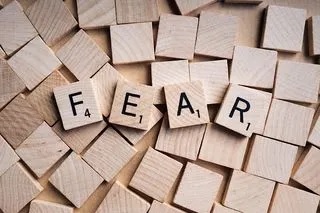 Today I’d like you to share a story of fear. Because whether we like it or not, we all have them. They sometimes shape us as much as our successes and failures, our relationships or our education… So what place does fear have in your life? Is there one specific fear you have conquered? Or one you just can’t confront? I’ve tried numerous times to confront my terror of heights; but every time I lose.

My biggest fear is still spiders, though I am not as bad as I was. I wrote about it originally  here and reblogged it last year for another challenge as it stems from having one thrown at me as a child.
I tried self help by watching the movie Arachnid starring Jeff Daniels and was fine until they all came out of the bath overflow. The familiar sweats, erratic breathing and shaking started but I was determined to watch the end and did so from behind the protection of a cushion.

It is not unusual to find a money spider crawling up my arm or dangling from my glasses when I’ve been out in the garden. I can tolerate those, but when we were clearing out the attic in our first house to move, I nearly had a heart attack when there was a huge one in a case Hubby threw down to me.
I had terrible pains in my chest, could not get my breath, had to support myself on the door jamb, and went a very funny colour. It was not Hubby’s fault of course and he came down the ladder absolutely terrified I was going to croak. Naturally I could not tell him what was wrong, only point.

The eight legged beast was quivering in its hidey hole, glaring at me from the confines of the old battered case, which was not even ours!
Taking deep breaths and trying to get myself under control, it did not help when Hubby started laughing.
The fiend that held so much fear was in fact made of rubber and a child’s toy.

I have made progress though and took these pictures of a tarantula and bird’s nest spider three years ago at the Seal Sanctuary. 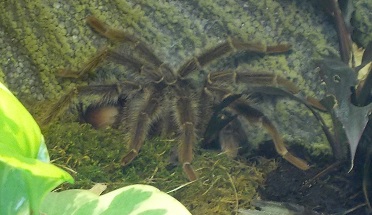 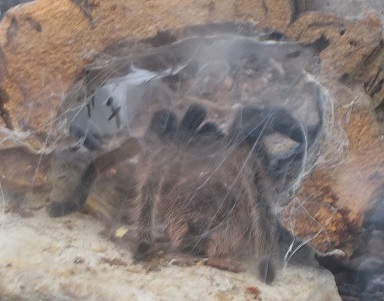 Yes, they were real, I did not use a zoom, and got quite close to the cages. Thank god both were asleep!

I am a retired number cruncher with a vivid imagination and wacky sense of humour which extends to short stories and poetry. I love to cook and am a bit of a dog whisperer as I get on better with them than people sometimes! In November 2020, we lost our beloved Maggie who adopted us as a 7 week old pup in March 2005. We decided to have a photo put on canvas as we had for her predecessor Barney. We now have three pictures of our fur babies on the wall as we found a snapshot of Kizzy, my GSD when Hubby and I first met so had hers done too. On February 24th 2022 we were blessed to find Maya, a 13 week old GSD pup who has made her own place in our hearts. You can follow our training methods, photos and her growth in my blog posts. From 2014 to 2017 'Home' was a 41 foot narrow boat where we made strong friendships both on and off the water. We were close to nature enjoying swan and duck families for neighbours, and it was a fascinating chapter in our lives. We now reside in a small bungalow on the Lincolnshire coast where we have forged new friendships and interests.
View all posts by pensitivity101 →
This entry was posted in blogging, Challenge and tagged fear, Mindlovemisery’s Menagerie, MLMM, Tale Weaver. Bookmark the permalink.