My hair stood on end, a shiver raced down my spine, and a lump came to my throat when I saw him.  Actually, it didn’t have to be him, just the sight of his car would do it, or the smell of his aftershave, even if someone else was wearing it.
I would feel physically ill, sick in my stomach, and my head would start to pound. Migraine was imminent and I would have to get somewhere dark, quiet and cool to lie down.

It was unavoidable as we still lived so close to each other, even though we had long separated and divorced. The memories, insecurities, nerves and uncertainty raised their ugly heads so I did the only thing I could, and moved away.

Years later I returned and to my shock discovered he lived in the next road from where I had bought a small house. He drove a different car, had a new wife and family, but I remembered.
My hair stood on end, a shiver ran down my spine, and a lump came to my throat when he stood behind me in the supermarket queue.
Time melted away, all those years of therapy and rebuilding my life, put to the test at the whiff of a familiar aftershave.
I turned to face him. He blanched, left his basket on the floor at my feet, and walked away.
Two days later the For Sale sign was in his front garden.
Who was afraid of who now?

My hair stood on end, a shiver raced down my spine, and a lump came to my throat when I… 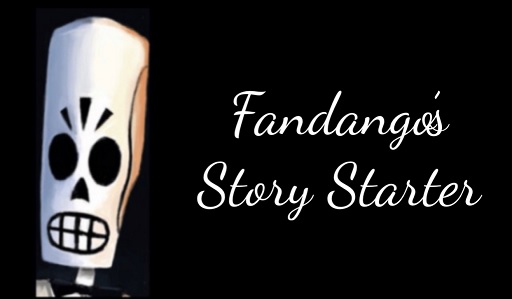 I am a retired number cruncher with a vivid imagination and wacky sense of humour which extends to short stories and poetry. I love to cook and am a bit of a dog whisperer as I get on better with them than people sometimes! We have recently lost our beloved dog Maggie who adopted us as a 7 week old pup in March 2005. We decided to have a photo put on canvas as we had for her predecessor Barney, and now have three pictures of our fur babies on the wall as we found a snapshot of my GSD so had hers done too. From 2014 to 2017 'Home' was a 41 foot narrow boat where we made strong friendships both on and off the water. We were close to nature enjoying swan and duck families for neighbours, and it was a fascinating chapter in our lives. We now reside in a small bungalow on the Lincolnshire coast where we have forged new friendships and interests.
View all posts by pensitivity101 →
This entry was posted in #flash fiction, blogging, Challenge and tagged #FSS, story starter. Bookmark the permalink.