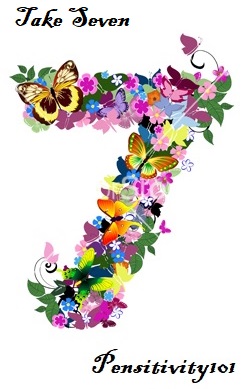 Her friend had said she was crazy, that it would never work, but when the little beast kicked an elderly bystander in the shin whilst in the shopping queue, she’d had enough and made the call.
The police officer escorted the two of them to a private room for a ‘quiet word’ rather than arrest the boy for assault. Keeping his voice to a dull drone, he laid it on thick how this behaviour was unacceptable, that he wouldn’t like to visit a cell overnight as it wasn’t a holiday camp like they depicted on TV.
It was that high five hurrah moment, when finally the petulant child took an interest in what was being said instead of protesting his hatred for authority. He began to realise he could be up to the hilt in trouble and no-one would give a damn or worry about what became of him.
She knew he would never be a shining example in society, but maybe it wasn’t such a daft idea to rope in her boyfriend from the local nick to teach her charge a lesson.

I am a retired number cruncher with a vivid imagination and wacky sense of humour which extends to short stories and poetry. I love to cook and am a bit of a dog whisperer as I get on better with them than people sometimes! In November 2020, we lost our beloved Maggie who adopted us as a 7 week old pup in March 2005. We decided to have a photo put on canvas as we had for her predecessor Barney. We now have three pictures of our fur babies on the wall as we found a snapshot of Kizzy, my GSD when Hubby and I first met so had hers done too. On February 24th 2022 we were blessed to find Maya, a 13 week old GSD pup who has made her own place in our hearts. You can follow our training methods, photos and her growth in my blog posts. From 2014 to 2017 'Home' was a 41 foot narrow boat where we made strong friendships both on and off the water. We were close to nature enjoying swan and duck families for neighbours, and it was a fascinating chapter in our lives. We now reside in a small bungalow on the Lincolnshire coast where we have forged new friendships and interests.
View all posts by pensitivity101 →
This entry was posted in #flash fiction, blogging, Challenge, Take Seven and tagged compilation 3TC challenges, fiction, Take Seven. Bookmark the permalink.