We took the camera with us this morning, well, you never know we might see something of interest and have discovered that my phone camera sucks.
It was nice in the park. I had a letter to post on the way so the recipient should get that either Monday or Tuesday as the postie hadn’t been to collect the mail yet.

We have a new brood of five ducklings. They were all over the place so my pictures weren’t that good, though I did snap this and you can see they are not much bigger than a sparrow.

We also have a lone duckling again as we did a couple of years ago. There was no sign of Mum or Dad so I hope this little one survives. She’s bigger so hopefully she will. 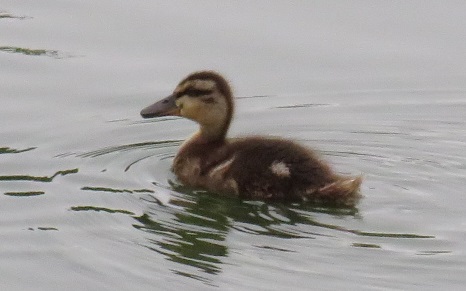 As I said in my Today is …………… post, the geese are getting anxious to fly though it won’t be for a few weeks yet.

From there we went up to the prom and took some pictures of the boats on the horizon. 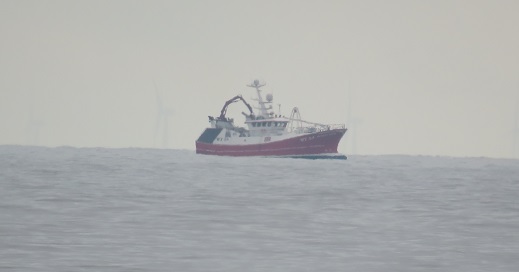 These were taken on maximum zoom.

For the first time in months we walked down onto the sand and along the shoreline. The beach was lovely, even more so as there weren’t that many people about and the sun hadn’t really come out yet. 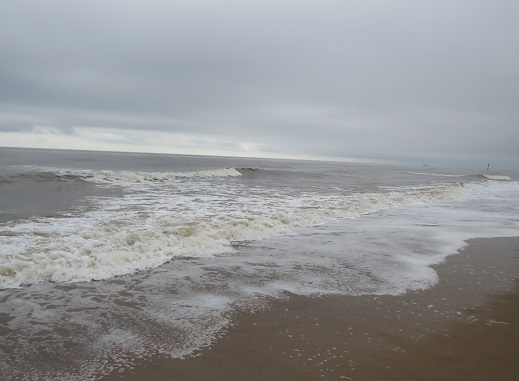 Makes you realise just how far out those boats were.

I am a retired number cruncher with a vivid imagination and wacky sense of humour which extends to short stories and poetry. I love to cook and am a bit of a dog whisperer as I get on better with them than people sometimes! In November 2020, we lost our beloved Maggie who adopted us as a 7 week old pup in March 2005. We decided to have a photo put on canvas as we had for her predecessor Barney. We now have three pictures of our fur babies on the wall as we found a snapshot of Kizzy, my GSD when Hubby and I first met so had hers done too. On February 24th 2022 we were blessed to find Maya, a 13 week old GSD pup who has made her own place in our hearts. You can follow our training methods, photos and her growth in my blog posts. From 2014 to 2017 'Home' was a 41 foot narrow boat where we made strong friendships both on and off the water. We were close to nature enjoying swan and duck families for neighbours, and it was a fascinating chapter in our lives. We now reside in a small bungalow on the Lincolnshire coast where we have forged new friendships and interests.
View all posts by pensitivity101 →
This entry was posted in beach walks, current events, Photos and tagged beach, beach walk, Park, photos, walk. Bookmark the permalink.