Fandango has given us Scratch as our word challenge today.
Now is this as in you scratch my back and I’ll scratch yours which seems to be the way of ‘getting on’ in politics, business or a career, or is it a vindictive rival threatening to scratch the opposition’s eyes out for looking at her man funny?
Or is it an annoying itch that you just have to scratch and can’t leave alone (like I had when I had chickenpox and had spots I didn’t even know I had places….. I was 32!), or making a meal from whatever is in the cupboards as I did with my makeshift pizza, the first meal I ever cooked for Hubby , though he wasn’t then, obviously.
Then again it could be what the nurse says when she’s about to either give you a shot or take blood ‘ Just a little scratch…………’.

For me these days though, it’s card making and trying to make them from scratch as these were without preprinted designs. 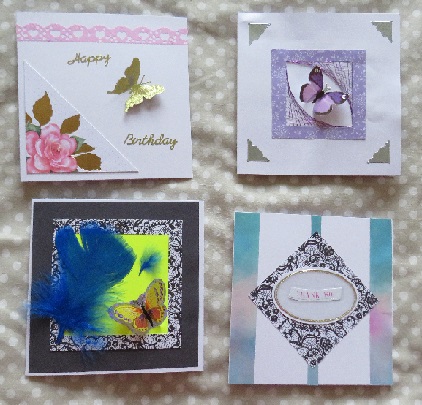 This one was my favourite that day and made up of scraps left over from other items. 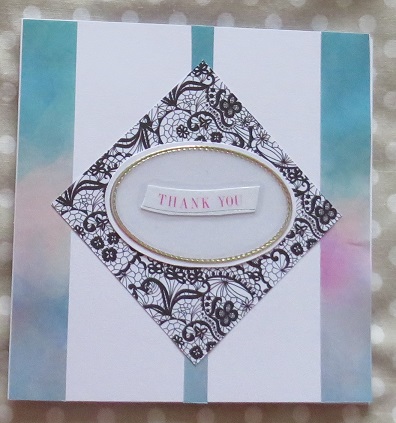 I am a retired number cruncher with a vivid imagination and wacky sense of humour which extends to short stories and poetry. I love to cook and am a bit of a dog whisperer as I get on better with them than people sometimes! In November 2020, we lost our beloved Maggie who adopted us as a 7 week old pup in March 2005. We decided to have a photo put on canvas as we had for her predecessor Barney. We now have three pictures of our fur babies on the wall as we found a snapshot of Kizzy, my GSD when Hubby and I first met so had hers done too. On February 24th 2022 we were blessed to find Maya, a 13 week old GSD pup who has made her own place in our hearts. You can follow our training methods, photos and her growth in my blog posts. From 2014 to 2017 'Home' was a 41 foot narrow boat where we made strong friendships both on and off the water. We were close to nature enjoying swan and duck families for neighbours, and it was a fascinating chapter in our lives. We now reside in a small bungalow on the Lincolnshire coast where we have forged new friendships and interests.
View all posts by pensitivity101 →
This entry was posted in blogging, Challenge, daily prompt, word prompt and tagged daily word prompt, fowc. Bookmark the permalink.

2 Responses to Scratch, an FOWC