Book Review: Letters from the Past

Erica James was one of my favourite authors because her stories are usually easy to read and her chapters aren’t very long so ideal for bedtime reading.
I hadn’t read anything recent of hers so when I saw this on Amazon, I treated myself. 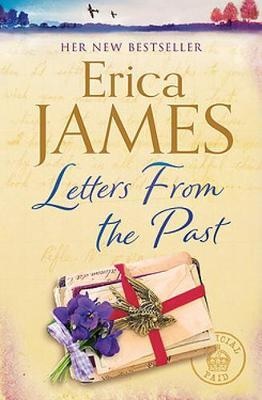 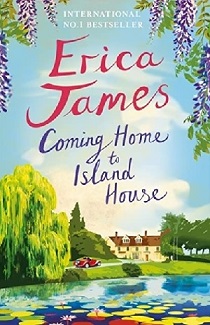 and perhaps if I had read that first, I would not have been so confused with the characters as they were related in some way or another either by marriage or parentage, and it took well over half the book to remember who was who’s partner.
We have two time frames too, 1962/63 so one of the worst winters in UK history and the war 1942/44 which skipped from character to character in no particular order.

The story revolves around four women who each receive a poison pen letter touching nerves of their past or threatening the happiness they currently have. Doubts set in about loyalty and faithfulness, and in turn tensions arise in those relationships as the women keep quiet and see other family members as the culprit.
Romily is the matriarch of the family by marriage and a successful writer, but she too has her secrets from those wartime years.
You have a bullying and domineering husband who is also the brother of one of the other recipients, offspring of various age groups that make an appearance, and a love interest across the Pond from a war hero who also has a story to tell. There is also a twinge of sadness regarding unrequited love.

It’s not bad, and I got a feeling who was behind the letters about 2/3 of the way through which proved to be correct. I found the end rather tame and convenient, as if it was a rush job to finish within a certain wordage.

Not one of her best, and one I probably won’t read again, nor will I rush out to buy the first.

Saying that though, I give it seven out of ten.

I am a retired number cruncher with a vivid imagination and wacky sense of humour which extends to short stories and poetry. I love to cook and am a bit of a dog whisperer as I get on better with them than people sometimes! In November 2020, we lost our beloved Maggie who adopted us as a 7 week old pup in March 2005. We decided to have a photo put on canvas as we had for her predecessor Barney. We now have three pictures of our fur babies on the wall as we found a snapshot of Kizzy, my GSD when Hubby and I first met so had hers done too. On February 24th 2022 we were blessed to find Maya, a 13 week old GSD pup who has made her own place in our hearts. You can follow our training methods, photos and her growth in my blog posts. From 2014 to 2017 'Home' was a 41 foot narrow boat where we made strong friendships both on and off the water. We were close to nature enjoying swan and duck families for neighbours, and it was a fascinating chapter in our lives. We now reside in a small bungalow on the Lincolnshire coast where we have forged new friendships and interests.
View all posts by pensitivity101 →
This entry was posted in film/tv/book, Opinions, Personal Thoughts, review and tagged book review, personal opinion. Bookmark the permalink.

5 Responses to Book Review: Letters from the Past