Dr Tanya hosts the Five Things Tuesday series, and today is our choice of jams.
My Mum made marmalade, not jam, and her orange and lemon mix was wonderful. I like the lime variety  too, but it is surprising just how more expensive that is compared to the basic flavours of orange or lemon, with or without ‘shreds’ of rind. 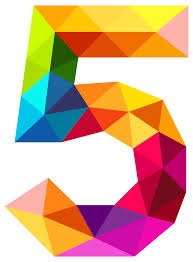 Jam is different though, for some the expensive stuff is referred to as a conserve, thicker and containing more fruit, sometimes even a touch of alcohol. Yum!!

So, my favourite five jams, in no particular order would be:

Apricot jam.
This is great for sticking the marzipan to the Christmas cake prior to icing.

Strawberry jam:
Oh wow. Memories of bread and jam……….. this being a slab of fresh warm crusty bread, a slab of butter and a huge dollop of strawberry jam. Forget the calorie counting, this was a luxury and I would contentedly wash in it!

Blackcurrant jam.
Nice on pancakes or a jam rolypoly dessert. You can even stir it into porridge as it’s full of vitamin C so can help fight off colds in the winter months.

Finally redcurrant jelly.
I was never a fan until Mum made it, then it became a must at Christmas to go with the turkey and veg rather than the traditional cranberry jelly. It was also good to stir into rice pudding or semolina, the latter I haven’t had for years!!!

I am a retired number cruncher with a vivid imagination and wacky sense of humour which extends to short stories and poetry. I love to cook and am a bit of a dog whisperer as I get on better with them than people sometimes! We have recently lost our beloved dog Maggie who adopted us as a 7 week old pup in March 2005. We decided to have a photo put on canvas as we had for her predecessor Barney, and now have three pictures of our fur babies on the wall as we found a snapshot of my GSD so had hers done too. From 2014 to 2017 'Home' was a 41 foot narrow boat where we made strong friendships both on and off the water. We were close to nature enjoying swan and duck families for neighbours, and it was a fascinating chapter in our lives. We now reside in a small bungalow on the Lincolnshire coast where we have forged new friendships and interests.
View all posts by pensitivity101 →
This entry was posted in blogging, questions and answers and tagged #5things, Q&A. Bookmark the permalink.