Phew! Thought I’d missed this but it had dropped down my reader at 5 hours ago, yet I was here!!
Thanks Melanie, who every Monday gives us food for thought with her Share Your World questions. You can check it out here 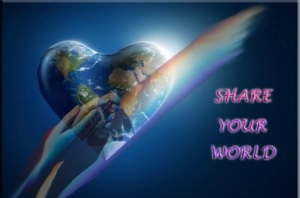 These are Melanie’s questions this week:

Which would you rather throw away: Love or Money?

Do you believe you should do one thing a day that scares you?

What’s the last thing you do at night?

If you could own a mythical creature (unicorn, phoenix, etc.), which one would you pick? (A nod to the soon ending 2021 A-Z Blogging Challenge, my topic this year “Mythical Creatures”)

These are my answers:

Which would you rather throw away: Love or Money?

We never had a lot of money so tried to hold on to that as long as we could! As for throwing away love, sometimes it was thrown away without realising its true worth.
Lucky Hubby and I have each other now and holding fast!

Do you believe you should do one thing a day that scares you?
Shit no! I’d be a nervous wreck! These days it’s bad enough going out, so that’s enough!

What’s the last thing you do at night?
Turn the light off, hopefully shortly followed by sleep.

If you could own a mythical creature (unicorn, phoenix, etc.), which one would you pick? (A nod to the soon ending 2021 A-Z Blogging Challenge, my topic this year “Mythical Creatures”)
Definitely a unicorn, because I understand they fart rainbows, and I love rainbows, so it’s a double whammy.

(Note: Rory aka a guy called bloke told me once that rhinos are modern day unicorns)

I am a retired number cruncher with a vivid imagination and wacky sense of humour which extends to short stories and poetry. I love to cook and am a bit of a dog whisperer as I get on better with them than people sometimes! We have recently lost our beloved dog Maggie who adopted us as a 7 week old pup in March 2005. We decided to have a photo put on canvas as we had for her predecessor Barney, and now have three pictures of our fur babies on the wall as we found a snapshot of my GSD so had hers done too. From 2014 to 2017 'Home' was a 41 foot narrow boat where we made strong friendships both on and off the water. We were close to nature enjoying swan and duck families for neighbours, and it was a fascinating chapter in our lives. We now reside in a small bungalow on the Lincolnshire coast where we have forged new friendships and interests.
View all posts by pensitivity101 →
This entry was posted in blogging, Challenge, questions and answers and tagged Q&A, Share Your World, SYW. Bookmark the permalink.