Thanks to Yves for hosting the MLMM wordle every week.
You can find out more here 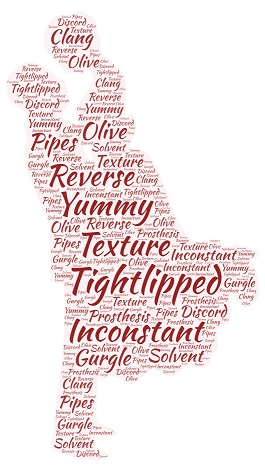 Our words this week are:

She could not reverse the impact of his words, and now solvent in her own right having sold her story, had seen no reason to tolerate his inconstant attitude to her well being.
Throughout her treatment, she’d remained tight-lipped as he voiced his opinions like a permanent annoying gurgle in the pipes of their central heating.
It wasn’t the first time they had experienced discord in their relationship, but this had been the final straw and she mentally heard the door clang shut on her heart after she threw him out.
The texture and colour of her prosthesis was quite realistic against her olive skin. It helped that her consultant therapist was rather yummy on the eyes and made her feel like a woman, not a victim.

I am a retired number cruncher with a vivid imagination and wacky sense of humour which extends to short stories and poetry. I love to cook and am a bit of a dog whisperer as I get on better with them than people sometimes! We have recently lost our beloved dog Maggie who adopted us as a 7 week old pup in March 2005. We decided to have a photo put on canvas as we had for her predecessor Barney, and now have three pictures of our fur babies on the wall as we found a snapshot of my GSD so had hers done too. From 2014 to 2017 'Home' was a 41 foot narrow boat where we made strong friendships both on and off the water. We were close to nature enjoying swan and duck families for neighbours, and it was a fascinating chapter in our lives. We now reside in a small bungalow on the Lincolnshire coast where we have forged new friendships and interests.
View all posts by pensitivity101 →
This entry was posted in blogging, Challenge, fiction, word prompt and tagged Mindlovemisery’s Menagerie, MLMM, Wordle. Bookmark the permalink.