nothing.
I felt a tiny scratch, and that was it.

It was so well organised today, there was no hanging around at all. We were greeted at the door, temperature taken, squirted with sanitizer and shown in. No queues, straight to the desk, confirmed my date of birth and address, and we were shown through the maze of consulting rooms.
More were occupied today, maybe that was why it ran so smoothly. Hubby came with me as sometimes, not always, I react to the sight of a needle. The nurse was lovely, offering to let me lie down if I needed to, but that’s usually for blood tests, especially fasting ones that make me fall over, so I was fine.
As I said, a tiny scratch and it was all over. Usual advice about any side effects, but so far, apart from a little aching in my left arm, nothing to write home about as they say. 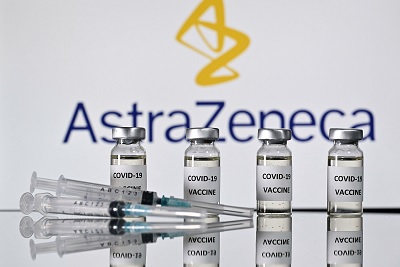 Here in the UK, unless you go to one of the national hubs for your jab, you’re unable to book your second vaccination and it will be sent to you in about 12 weeks. That works out at around the 15th of May for Hubby and the 30th for me.
Neither of us is daft enough to think it’s a cure, but I’m not worried, or maybe I should say ‘so worried’ as some protection is better than none, and I will be glad when we have both had our second shots.
Might have a snooze later though……………………………….

I am a retired number cruncher with a vivid imagination and wacky sense of humour which extends to short stories and poetry. I love to cook and am a bit of a dog whisperer as I get on better with them than people sometimes! We have recently lost our beloved dog Maggie who adopted us as a 7 week old pup in March 2005. We decided to have a photo put on canvas as we had for her predecessor Barney, and now have three pictures of our fur babies on the wall as we found a snapshot of my GSD so had hers done too. From 2014 to 2017 'Home' was a 41 foot narrow boat where we made strong friendships both on and off the water. We were close to nature enjoying swan and duck families for neighbours, and it was a fascinating chapter in our lives. We now reside in a small bungalow on the Lincolnshire coast where we have forged new friendships and interests.
View all posts by pensitivity101 →
This entry was posted in current events, health and tagged vaccine. Bookmark the permalink.