Good morning!
The sun is shining …… and I have dirty windows. Nothing like emphasising the point when the sun shines on the glass and it’s permanently foggy. One thing living by the sea, we get a lot of salt in the air and the residue sticks to the glass. Might get out there in a minute.

Hubby is up at A&E in the hope of getting something sorted with this reflux issue. I would have gone too, but it would mean sitting in the car for hours as I could not wait inside or sit in one of their cafes.
The meds prescribed by the HHA have gone back to the pharmacy unopened as they will do more harm than good, and trying to get a face to face appointment with someone who actually knows what they’re doing (he needs to be examined) is like asking for tickets to the moon.

Meanwhile here at home, I’ve had a shower and washed my hair, cleaned the bathroom, done a mini wash, and had a quick sweep through. Breakfast was cereal and a second banana as the first was rotten in the middle, and lunch is……………. a surprise as I have no idea what to have. I have bacon and mushrooms in the fridge so could throw that together.

Following up on the saga of Covid jabs here and the ridiculousness of expecting residents to travel thirty plus miles. Our MP has put her website details on FB with a direct contact number for those wishing to arrange local appointments. Our neighbour did that yesterday when Hubby took the details round to her and has an appointment at 4.30 today. She has now put a message on FB letting everyone know. The surgery told me yesterday (2 different people) that they will not take /are unable to cope with calls about Covid vaccinations, Now to me, if I was in admin, I would designate ONE LINE purely for that as the GPs have direct lines so they could utilise one office. Ho hum, makes sense to me………

Onward with the day then, and those windows are annoying, so I;m going to don a coat and gloves and do something about it………. and I had a shower this morning because ????

Tale care and keep safe everyone 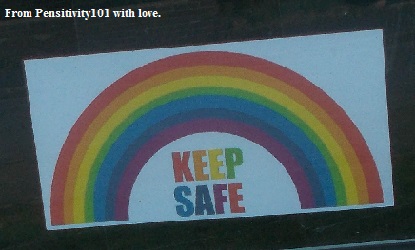