This week Michael asks us to venture into a Fairy Story around the theme of  The Witches Garden.
Is yours a healthy happy garden or maybe not so happy.
Go where the prompt leads you and have fun. 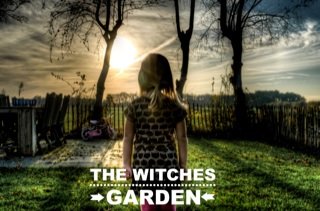 The garden was void of growth other than grass, but that was all due to change.
The sun was setting, the night sky creeping in to embrace the dying embers of a hot day.
Edith stood at the end of the path and watched.
The timing had to be exactly right and silently her lips began to move as she recited the old words that dated back twenty generations.
Her family were ‘good’ witches, drawing on their experience of love and life to make potions and remedies for a multitude of ills and ailments.
To outsiders, Edith was a child, but in fact she was 102 and every ten to fifteen years or so the family had to move so as not to arouse suspicion.
This was their latest house, and Edith was the one with the Gift of Growth.
Luckily the property backed on to open fields and they had no immediate neighbours, so all being well they could remain here for many years and maintain their way of helping with the community. Edith would age a little, but not as much as a normal child.
As the sun disappeared from view, she raised her arms and shoots began to appear in the garden. No seeds or planting were necessary and within an hour, the garden was unrecognisable as the barren patch that had been apparent when they moved in.
Satisfied her work was done, Edith returned to her homework of nursery rhymes and smiled. Mary was definitely quite contrary, but Edith would always have the upper hand.

I am a retired number cruncher with a vivid imagination and wacky sense of humour which extends to short stories and poetry. I love to cook and am a bit of a dog whisperer as I get on better with them than people sometimes! We have an elderly dog called Maggie who adopted us as a 7 week old pup in March 2005. From 2014 to 2017 'Home' was a 41 foot narrow boat where we made strong friendships both on and off the water. We were close to nature enjoying swan and duck families for neighbours, and it was a fascinating chapter in our lives. We now reside in a small bungalow on the Lincolnshire coast where we have forged new friendships and interests.
View all posts by pensitivity101 →
This entry was posted in #flash fiction, blogging, Challenge and tagged fairy tale, Mindlovemisery’s Menagerie, Tale Weaver. Bookmark the permalink.