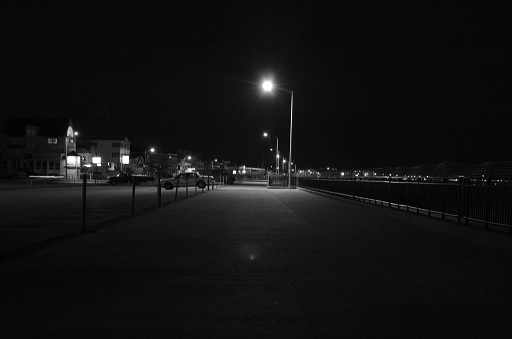 One by one the lights of the city block winked out, the dark coming ever closer.

One by one the lights of the city block winked out, the dark coming ever closer.
The dark was not night.
The lights were not being switched off, they were being absorbed.
The chill in the air was not a breeze off the water.
Inside homes and businesses, television screens and computers died, people collapsed at their desks, in their armchairs and beds.
The steady thrum of electrical appliances ceased in the stillness.
All energy was being extracted, in whatever form, from whatever species.
The Dark was a living entity, forever searching for enlightenment.
It destroyed everything in its path, but the instinct to survive kept it going.
It was negative energy, and the more light it consumed, the darker it became.
There was no escape.
This truly was the end, as one by one, the lights winked out and the world was plunged into darkness.

I am a retired number cruncher with a vivid imagination and wacky sense of humour which extends to short stories and poetry. I love to cook and am a bit of a dog whisperer as I get on better with them than people sometimes! We have an elderly dog called Maggie who adopted us as a 7 week old pup in March 2005. From 2014 to 2017 'Home' was a 41 foot narrow boat where we made strong friendships both on and off the water. We were close to nature enjoying swan and duck families for neighbours, and it was a fascinating chapter in our lives. We now reside in a small bungalow on the Lincolnshire coast where we have forged new friendships and interests.
View all posts by pensitivity101 →
This entry was posted in #flash fiction, blogging, Challenge, photoprompt and tagged #flash fiction, First Line Fridays, Mindlovemisery’s Menagerie, photoprompt. Bookmark the permalink.