Ah, I can see clearly now

Nothing to do with new specs or Johnny Nash/Jimmy Cliff in last week’s SLS challenge. 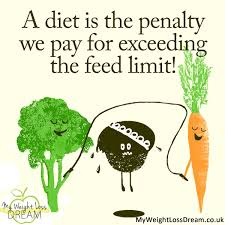 The beauty of keeping a food diary is that you can check back on your eating habits to when things were going well when they begin to go awry.
The problem with being at Target is the little extras you can have to maintain your weight that tend to creep up on you and instead of being the occasional little extra as intended, become the norm.

It’s hard to believe I have been at target for over a year, and I have to admit the target crown was slipping.

This week, I have started again on the basics, keeping a new diary, listing my As and Bs, and keeping track of my syns.
I was doubling up quite often in having my B option, then another B option rather than syn it when I can have 2 As and a B normally or when maintaining, 3 As and a B, or 2 As and 2Bs, not an extra one of each. Oops.
Thus I am finding it difficult to get back into the swing of the SW way, though I have seen positive results this week for which I am well pleased and I am back within the set parameters.

With Hubby out for the day, my time was my own, and as I said earlier I’d thought about card making and playing the piano, but ended up doing neither.  I walked the dog round the estate instead where she performed wees but nothing else. She is not eating her food unless we put something extra in it, though saying that, she left her dinner with cheese on the top. She’s helping her own diet because we’re not giving her anything else. We take her back to the vet tomorrow.
I settled down to my lunch just after 1 pm, hadn’t taken two mouthfuls when a familiar toot announced Hubby was back. If I’d known he would be home that early, I would have waited. Anyway, I haven’t seen him this relaxed for years, so it was obviously a good morning for him and I hope he goes again or decides to join the club, though it is a bit pricey.  I put some fish and wedges in the oven for him, and settled down to my own meal whilst he filled me in on his day.

This was my dinner today (with and without flash), a large jacket potato and grated cheese on a bed of mixed veg and surrounded by cherry tomatoes.
The cheese counts as my second A option and was carefully weighed as per my allowance. This is what 30g looks like as a lump and when grated. That’s a teaspoon by the way.

The potato and everything else was classed as free, so it was a good and filling meal.
I have kept within my daily 15 syn allowance too so it has been a good day.

I’ve walked the dog twice more, she still hasn’t poo’d the little minx, and the rain is playing now you see me, now you don’t with us. Hubby has found a new weather site which is really accurate and great after the one we usually referred to seemed to be showing weather from months ago, making it up as they went along, or perhaps a totally different country to the UK, as their forecast wasn’t even close!

Time for her ladyship to have another walk round the estate as it’s stopped raining for about twenty minutes and that’s long enough for the route.

I am a retired number cruncher with a vivid imagination and wacky sense of humour which extends to short stories and poetry. I love to cook and am a bit of a dog whisperer as I get on better with them than people sometimes! We have an elderly dog called Maggie who adopted us as a 7 week old pup in March 2005. From 2014 to 2017 'Home' was a 41 foot narrow boat where we made strong friendships both on and off the water. We were close to nature enjoying swan and duck families for neighbours, and it was a fascinating chapter in our lives. We now reside in a small bungalow on the Lincolnshire coast where we have forged new friendships and interests.
View all posts by pensitivity101 →
This entry was posted in current events, diary, food, Just a thought, weight issues, Weight Programme and tagged diet, food, weight control. Bookmark the permalink.

6 Responses to Ah, I can see clearly now