Don’t fix it if it’s not broken!

FYI should any of my readers wish to add their name to the list. 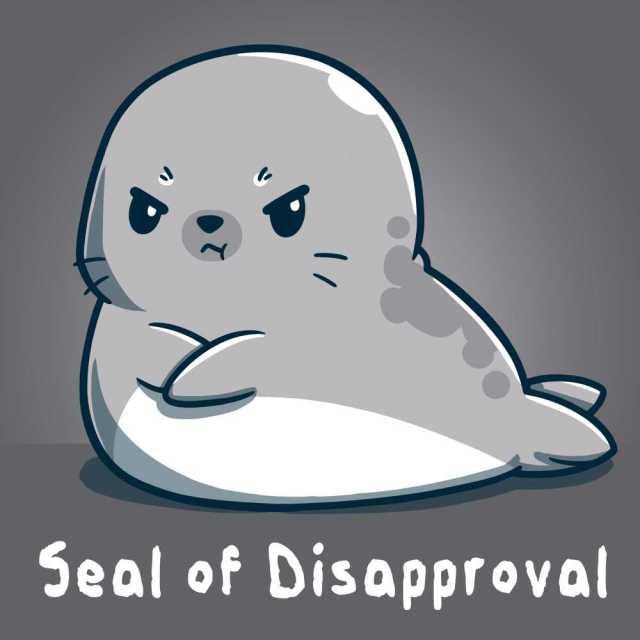 I sure didn’t think I would have to get the (cute) seal of disapproval out again so fast, but it just seems like it is necessary. WordPress is on a crusade to fix something that definately isn’t broken… I know this post probably won’t change anything, but at least I’ll know that I tried my best.

For the past week, or so, people have started complaining that WordPress has switched them to the new block editor.

We had an announcement from WordPress earlier this year (I wrote about it in my post Blocking the Block). In May, we were told that the block editor would be put in place as the new ”standard” editor, but that people that wanted to keep using the classic editor would still have that choice.

And we did, until this week.

Just three months later, posts have started popping out, stating that many of…

I am a retired number cruncher with a vivid imagination and wacky sense of humour which extends to short stories and poetry. I love to cook and am a bit of a dog whisperer as I get on better with them than people sometimes! We have recently lost our beloved dog Maggie who adopted us as a 7 week old pup in March 2005. We decided to have a photo put on canvas as we had for her predecessor Barney, and now have three pictures of our fur babies on the wall as we found a snapshot of my GSD so had hers done too. From 2014 to 2017 'Home' was a 41 foot narrow boat where we made strong friendships both on and off the water. We were close to nature enjoying swan and duck families for neighbours, and it was a fascinating chapter in our lives. We now reside in a small bungalow on the Lincolnshire coast where we have forged new friendships and interests.
View all posts by pensitivity101 →
This entry was posted in fiction. Bookmark the permalink.

2 Responses to Don’t fix it if it’s not broken!