I’ve always enjoyed doing jigsaw puzzles, but it’s only since Hubby and I have been together that we’ve actually framed them.
In the cottage we had a couple of WASGIJs where the picture on the box was not the picture of the finished article.

These were the two we completed and had hanging in our dining room and spare bedroom. When we moved, they were removed from their frames and put in separate bags labelled WASGIJ Old Woman in Car and River Boat, then given to charity. I hope whoever bought them completed them.

I’ve already mentioned our two narrow boat puzzles hanging in the lounge here, and the current cottage puzzle is coming along, though I’ve only added three pieces today!

My other hobby is card making, and I post pictures of my favourites or sessions if I think they are any good. 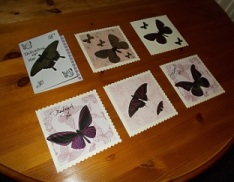 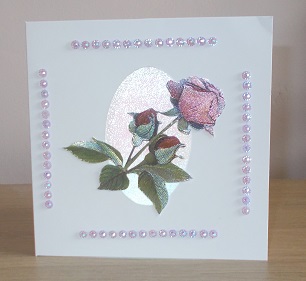 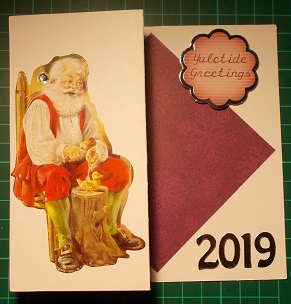 I am a retired number cruncher with a vivid imagination and wacky sense of humour which extends to short stories and poetry. I love to cook and am a bit of a dog whisperer as I get on better with them than people sometimes! We have recently lost our beloved dog Maggie who adopted us as a 7 week old pup in March 2005. We decided to have a photo put on canvas as we had for her predecessor Barney, and now have three pictures of our fur babies on the wall as we found a snapshot of my GSD so had hers done too. From 2014 to 2017 'Home' was a 41 foot narrow boat where we made strong friendships both on and off the water. We were close to nature enjoying swan and duck families for neighbours, and it was a fascinating chapter in our lives. We now reside in a small bungalow on the Lincolnshire coast where we have forged new friendships and interests.
View all posts by pensitivity101 →
This entry was posted in blogging, card making, daily prompt, hobbies and interests and tagged #FDDA. Bookmark the permalink.

9 Responses to My Hobbies