This week Michael brings to our attention a concept/notion that is all around us and to which we respond in our own individual way.

What does the term ‘artwork’ mean to you?

Some dabble in it, some make a living from it, some have created a unique form of it.

We visit art galleries and make our own minds up as to the worth of any given artwork. 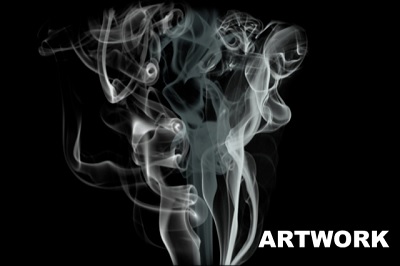 I see rabbits or fox cubs, human bodies, balloons, a horn and a bird in Michael’s illustration above, but that isn’t what he asked.
Hubby and I aren’t gallery visitors, but we appreciate a nice picture, painting, photograph or ornament.
When we lived on the boat, staff of one of the shops we often visited were really friendly, two of which were in their twenties and each had the most fantastic artwork visible.
One male, one female, they weren’t related neither were they in competition with each other, but every time we saw them, another piece had been added. It was tasteful and beautiful, delicate and intricate, but each newly added design complimented the existing ones.
The skill of the artist showed,  so it came as no surprise that they used the same tattooist.

I am a retired number cruncher with a vivid imagination and wacky sense of humour which extends to short stories and poetry. I love to cook and am a bit of a dog whisperer as I get on better with them than people sometimes! In November 2020, we lost our beloved Maggie who adopted us as a 7 week old pup in March 2005. We decided to have a photo put on canvas as we had for her predecessor Barney. We now have three pictures of our fur babies on the wall as we found a snapshot of Kizzy, my GSD when Hubby and I first met so had hers done too. On February 24th 2022 we were blessed to find Maya, a 13 week old GSD pup who has made her own place in our hearts. You can follow our training methods, photos and her growth in my blog posts. From 2014 to 2017 'Home' was a 41 foot narrow boat where we made strong friendships both on and off the water. We were close to nature enjoying swan and duck families for neighbours, and it was a fascinating chapter in our lives. We now reside in a small bungalow on the Lincolnshire coast where we have forged new friendships and interests.
View all posts by pensitivity101 →
This entry was posted in blogging, Challenge and tagged Mindlovemisery’s Menagerie, Tale Weaver. Bookmark the permalink.