Where has the day gone? I lost complete track of time this afternoon and had to apologise to my neighbour as it was too late for tea on the drive! This was at 3.40 and I was walking the dog who was whingeing about being ignored.

On our walk, I passed several tea parties, some in fancy hats sporting flags and tassels, and one house had a CD going with Dame Vera warbling her best We’ll Meet Again at the White Cliffs of Dover. I was contentedly singing along, even though I’m not sure of the words, but the atmosphere in our road from those having tea on the lawn was quite something.

It’s taking me an age to get through my reader, as Hubby put a movie on the big screen (read computer monitor we plug a DVD player into, though this was on the internet) and, what can I say, I got engrossed. This is highly unusual, but it was a film called The Impossible from 2012 starring Naomi Watts, Ewan McGregor and Tom Holland based on the story of Maria Belón’s experience in the 2004 Indian Ocean Tsunami. Edge of your seat stuff, and I cried at the end. Well worth a look if you haven’t seen it.

So, I’m running late, got some challenges to do (I think) and I have a book review for you.
Now, believe it or not, it’s time for her ladyship’s penultimate walk!!
Arghhhhhhhhhhhhhh 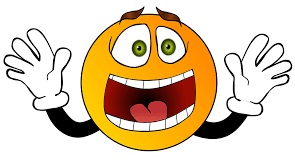 I am a retired number cruncher with a vivid imagination and wacky sense of humour which extends to short stories and poetry. I love to cook and am a bit of a dog whisperer as I get on better with them than people sometimes! In November 2020, we lost our beloved Maggie who adopted us as a 7 week old pup in March 2005. We decided to have a photo put on canvas as we had for her predecessor Barney. We now have three pictures of our fur babies on the wall as we found a snapshot of Kizzy, my GSD when Hubby and I first met so had hers done too. On February 24th 2022 we were blessed to find Maya, a 13 week old GSD pup who has made her own place in our hearts. You can follow our training methods, photos and her growth in my blog posts. From 2014 to 2017 'Home' was a 41 foot narrow boat where we made strong friendships both on and off the water. We were close to nature enjoying swan and duck families for neighbours, and it was a fascinating chapter in our lives. We now reside in a small bungalow on the Lincolnshire coast where we have forged new friendships and interests.
View all posts by pensitivity101 →
This entry was posted in blogging, current events and tagged blogging, catch up, diary. Bookmark the permalink.

16 Responses to That was Friday?