Oh Michael, I love these and we haven’t had one for a while! Yippo!!

This week we are going to try and write our meaning of the word Dyrpirh. It is up to you to decide what it is, be it animal, vegetable, a place, a behaviour. There are no wrong ideas.

Write your story using the word in your chosen way.
https://mindlovemiserysmenagerie.wordpress.com/2020/04/23/tale-weaver-272-making-sense-of-nonsense-dyrpirh 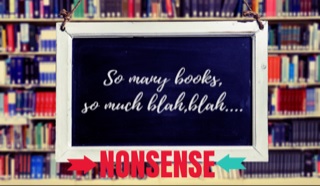 Flo had to laugh when her friend thought she was going to give a talk on diapers.
‘No Shirley,’ she said. ‘A dyrpirh is about cats.’
‘What? How come?’ Shirley asked.
‘It’s a trick of the trade. You don’t think the felines in shows are truly those perfect colours do you?’
Shirley frowned.
She was a dog person really and watched Crufts religiously. She had found it particularly interesting that dalmations could only have a certain number of spots before they could be shown. Cats were another matter entirely, and it seemed a little unfair to cheat.
‘So how does it work then?’
‘It’s all to do with dying their fur, hence the name. Some breeder got fed up having a white cat, so she experimented with dyes and liked one result so much, she changed the name of her moggy and entered it in a show. It came second.’
‘Was she ever found out?’
‘Sort of. She mentioned it to a friend, who mentioned it to someone else, who was overheard by some busybody who reported it. It wasn’t actually traced back to her, but the organisers decided to have a separate category , excuse the pun, for Dyrpirh entrants, and it caught on. Now you have rainbow felines and an array of other artificial markings. My favourite is the cat with a black heart on his chest. It’s perfect.’
Shirley grinned at her friend.
‘Actually, I think you’ll find that one was legitimate.’
Flo burst out laughing.

I am a retired number cruncher with a vivid imagination and wacky sense of humour which extends to short stories and poetry. I love to cook and am a bit of a dog whisperer as I get on better with them than people sometimes! We have an elderly dog called Maggie who adopted us as a 7 week old pup in March 2005. From 2014 to 2017 'Home' was a 41 foot narrow boat where we made strong friendships both on and off the water. We were close to nature enjoying swan and duck families for neighbours, and it was a fascinating chapter in our lives. We now reside in a small bungalow on the Lincolnshire coast where we have forged new friendships and interests.
View all posts by pensitivity101 →
This entry was posted in #flash fiction, blogging, Challenge, humour and tagged humour, Making sense of nonsense, Mindlovemisery’s Menagerie. Bookmark the permalink.