Hubby and I have always had skimmed milk and shortly after we got together, we switched to skimmed UHT as it suited us both, we could buy in bulk and it was also a healthy option.
In contrast, MOH prefers full fat milk (the blue top) and we soon discovered when visiting or staying with him that neither of our digestive systems could tolerate it in the volumes of tea we were used to drinking, so we started to take a carton of our own when we went to see him.

We needed milk today as we were down to half of our second 2 litre bottle of fresh milk which was purchased on Monday, so Hubby was up early and outside the shop for 8am.
There was a small queue, everyone being sensible and keeping their distance.
Inside, there was no fresh veg other than a pathetic packet of parsnips and bag of leeks which were going black and had probably been there since the weekend. It’s funny what people will not eat, even in a crisis like this.
There was also no skimmed milk (red top). Plenty of semi skimmed (green top) and full fat, but no skimmed at all.
Hubby tried elsewhere and it as the same story, and in the third shop he bought 2 bottles of semi skimmed and asked the cashier why there was no skimmed on the shelves. Surely everyone wasn’t on a health kick and had switched?
He was told that skimmed milk was not being produced at the moment, and we would be lucky to find any. 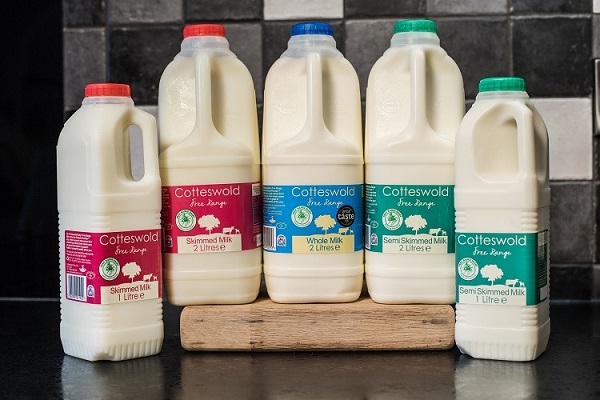 Speaking to our neighbour over the fence (she’s doing OK by the way), it would appear that the wonderful TESCO, they of the massive profits **, have come up with this ludicrous idea that skimmed milk is not as much in demand as the others and thus not cost effective for them to stock.
WTF?????
This has apparently had a knock on effect to everyone else who have followed suit.
Profit above people. Typical Tesco **.

Is it the same in your area folks, or can you get the milk of your choice with little difficulty? It will be interesting to see now if the skimmed UHT shelves are empty too.

I am a retired number cruncher with a vivid imagination and wacky sense of humour which extends to short stories and poetry. I love to cook and am a bit of a dog whisperer as I get on better with them than people sometimes! In November 2020, we lost our beloved Maggie who adopted us as a 7 week old pup in March 2005. We decided to have a photo put on canvas as we had for her predecessor Barney. We now have three pictures of our fur babies on the wall as we found a snapshot of Kizzy, my GSD when Hubby and I first met so had hers done too. On February 24th 2022 we were blessed to find Maya, a 13 week old GSD pup who has made her own place in our hearts. You can follow our training methods, photos and her growth in my blog posts. From 2014 to 2017 'Home' was a 41 foot narrow boat where we made strong friendships both on and off the water. We were close to nature enjoying swan and duck families for neighbours, and it was a fascinating chapter in our lives. We now reside in a small bungalow on the Lincolnshire coast where we have forged new friendships and interests.
View all posts by pensitivity101 →
This entry was posted in current events, diary, Opinions and tagged availability, milk, shopping. Bookmark the permalink.