I tempted fate didn’t I

In days gone by, if you wanted it to rain, just ask Hubby to either
Wash the car (later boat)
Wash the windows
Cut the grass.

It never failed, OK, maybe once or twice, but if you were a betting person, you were on to a sure thing.

Today it was beautifully sunny after a rainy night, but the front grass soon dried out so I thought I’d get the mower out.
It’s a valiant little thing, only cost us forty one quid and tries its best to do a good job, though it looked like I was hoovering the front rather than cutting the grass.

I’ve done a pretty good job though. We have a lot of moss and some interesting balding patches (probably where Maggie or other dogs have pee’d) so that will have to be addressed at some time. For now though, we are looking tidy, if a bit ‘undulating’.

I swept up, wheeled the mower round to the back for Hubby to put away as I can’t lift it into the mini man cave, then brushed off my joggers and trainers.
Hubby has been working in the greenhouse (oh, that sounds so cool!) and has planted two tomato seeds in separate pots. Any ideas for names please?
It’s too early for beans and onions, but we have seeds for the former already and bought an onion set last week so we are getting prepared. Hubby has dug over the onion patch and added compost so we’re looking good.
He finished up the same time as me and decided to wash off both pairs of our shoes. He put them on the car bonnet to dry in the sun and came in for a cuppa.

No sooner had we sat down when I heard a familiar but unwelcome patter on the window.
RAIN! How dare it! I retrieved the shoes and they are now on radiators, not because of the rain but because Hubby got a little carried away with the hose.
Still it didn’t last, though looking at the sky there is some bad weather coming our way. Walking the dog just now we had a cloud formation overhead that looked very much like those hiding the alien space ships in Independence Day, although these were white not black and thundery, so maybe they’re the good guys from Close Encounters of The Third Kind. 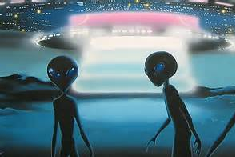 I am a retired number cruncher with a vivid imagination and wacky sense of humour which extends to short stories and poetry. I love to cook and am a bit of a dog whisperer as I get on better with them than people sometimes! We have recently lost our beloved dog Maggie who adopted us as a 7 week old pup in March 2005. We decided to have a photo put on canvas as we had for her predecessor Barney, and now have three pictures of our fur babies on the wall as we found a snapshot of my GSD so had hers done too. From 2014 to 2017 'Home' was a 41 foot narrow boat where we made strong friendships both on and off the water. We were close to nature enjoying swan and duck families for neighbours, and it was a fascinating chapter in our lives. We now reside in a small bungalow on the Lincolnshire coast where we have forged new friendships and interests.
View all posts by pensitivity101 →
This entry was posted in current events, diary, home, veg and garden and tagged garden, home. Bookmark the permalink.

6 Responses to I tempted fate didn’t I