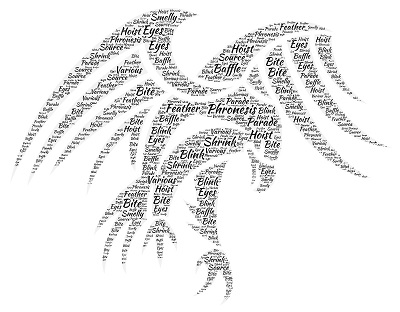 Various earlier methods had failed and staff were at the end of their tether.
It was a problem they said, and she was not co-operating in the least. After all, it was not as if they intended to parade her in front of everyone.
He was not a particularly clever man, but surprisingly possessed the phronesis to resolve the situation without further bloodshed. He still bore the scars from her previous vicious bite, and he refused to shrink from his duty.
Rather than baffle her with science, he just got on and did what was necessary.
She didn’t even blink when he hauled the hoist into position, and told her in no uncertain terms that she could flash those furious eyes all she wanted, but she was going to be out of that feather bed she found so damn comfortable and given a bath as her smelly body was offensive and the source of complaints from the other patients.

I am a retired number cruncher with a vivid imagination and wacky sense of humour which extends to short stories and poetry. I love to cook and am a bit of a dog whisperer as I get on better with them than people sometimes! We have recently lost our beloved dog Maggie who adopted us as a 7 week old pup in March 2005. We decided to have a photo put on canvas as we had for her predecessor Barney, and now have three pictures of our fur babies on the wall as we found a snapshot of my GSD so had hers done too. From 2014 to 2017 'Home' was a 41 foot narrow boat where we made strong friendships both on and off the water. We were close to nature enjoying swan and duck families for neighbours, and it was a fascinating chapter in our lives. We now reside in a small bungalow on the Lincolnshire coast where we have forged new friendships and interests.
View all posts by pensitivity101 →
This entry was posted in #flash fiction, blogging, Challenge, word prompt and tagged Mindlovemisery’s Menagerie, MLMM, Wordle. Bookmark the permalink.