Hands up all dieters who have skipped the occasional meal having either over indulged the day before and trying to improve the odds of weight loss? 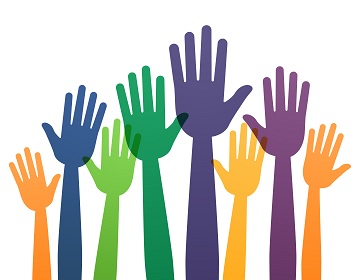 I’ve done it, did it for years actually, and did it yesterday.
It wasn’t intentional though.

Being Tuesday, it was darts night, but we had a bye, so no match (and no food). It was suggested last week that we turn up for a knock about and practice, though last year, I was the only one who did!
As Hubby has recently been enjoying playing pool with our neighbour across the way, we decided to go up early, have a couple of games of darts and then he could play pool as I practiced with the team. We walked up through the park so that Maggie could have a walk and do her business. She gets on with our neighbour’s dog Max, so the two of them settled down together and we had no problems as long as she could see us.

Five other team members turned up so we had three guys and three girls but bullying up  for partners coupled one mixed pair, one pair of guys and a pair of girls. Our captain was on the guys team, and on top form. In fact, the best I’d ever seen him play, though I think it helped that he’d had a few!
Hubby was content playing pool, Maggie was curled up on the floor between the pool table and dartboard so able to see either of us at any time and Max was flaked out by the door.
We both had an enjoyable evening, Hubby winning a game and later the pairs were split to all mixed and I managed to get one winning double. Our captain didn’t lose a single game, and they were still playing when we left at 10pm.

When we got home, I suddenly realised that we hadn’t had a meal before going out. In fact, we’d had our main meal at 1pm and apart from a piece of fruit, I’d had nothing thereafter.
Hmm. Memories of skipping meals. It never actually worked for weight loss for me anyway as I always seemed to be more hungry and compensated accordingly.
Funny that today I woke up late, didn’t fancy anything other than fruit for breakfast, and have just had one of my nicest curries for lunch.
And I don’t feel hungry. Hopefully I haven’t mucked anything up!

I am a retired number cruncher with a vivid imagination and wacky sense of humour which extends to short stories and poetry. I love to cook and am a bit of a dog whisperer as I get on better with them than people sometimes! We have recently lost our beloved dog Maggie who adopted us as a 7 week old pup in March 2005. We decided to have a photo put on canvas as we had for her predecessor Barney, and now have three pictures of our fur babies on the wall as we found a snapshot of my GSD so had hers done too. From 2014 to 2017 'Home' was a 41 foot narrow boat where we made strong friendships both on and off the water. We were close to nature enjoying swan and duck families for neighbours, and it was a fascinating chapter in our lives. We now reside in a small bungalow on the Lincolnshire coast where we have forged new friendships and interests.
View all posts by pensitivity101 →
This entry was posted in current events, diary, Dogs, games and tagged food, meals, socialising. Bookmark the permalink.