I haven’t written a response to one of Rachel’s prompts for a while.
https://rachelpoli.com/2019/07/19/time-to-write-application-creative-writing-prompt/ 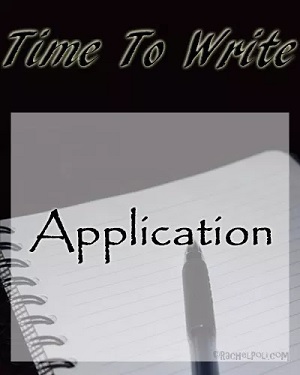 This was her first holiday abroad, and she didn’t want to look like white bait in a sea of sizzling beauties, so she had a chat with the pharmacy assistant.
‘Application is easy,’ she gushed. ‘Always best after a bath or shower, then it can soak in overnight and in the morning, you’ll be beautifully bronzed.’
Hetty decided to test it beforehand and it worked exactly as the girl had said.

Her confidence at maximum, three days before her holiday she applied the rest of the bottle and retired for an early night. She’d had her hair restyled and coloured so that it would be easy to manage and she wouldn’t have to drag it back in a scrunchy or faff about with tongs and a dryer while she was away.
She had to admit, she looked and felt wonderful.
Her girlfriends and travelling companions were impressed as they had spent hundreds on sunbeds and spray studios to attain what she had in a matter of hours for a fraction of the cost.

Everything began to fall apart on day three.
They had all been shopping for a special hotel party and then gone swimming on the beach rather than using the pool.
By the time they were back at the hotel, she was itchy and uncomfortable.
Her lovely tan was turning blotchy in all the wrong places and they had to call for medical advice when it started to blister.
Covered in calomine lotion, it was discovered the application she had used did not mix with salt water, and she spent the remainder of her holiday under wraps and a big sun hat.

I am a retired number cruncher with a vivid imagination and wacky sense of humour which extends to short stories and poetry. I love to cook and am a bit of a dog whisperer as I get on better with them than people sometimes! We have an elderly dog called Maggie who adopted us as a 7 week old pup in March 2005. From 2014 to 2017 'Home' was a 41 foot narrow boat where we made strong friendships both on and off the water. We were close to nature enjoying swan and duck families for neighbours, and it was a fascinating chapter in our lives. We now reside in a small bungalow on the Lincolnshire coast where we have forged new friendships and interests.
View all posts by pensitivity101 →
This entry was posted in blogging, Challenge, fiction, word prompt and tagged time to write, word prompt challenge. Bookmark the permalink.

9 Responses to Time To Write: Application