Frank has given us a stunning photograph of his theme of VISTA this week.
Details of that and his challenge are here:
https://wordpress.com/read/feeds/43011194/posts/2284210994

No mountain views from the river, but driving to the Malverns was completely doable when we were living on the boat.
Hubby put several pictures together for me for this view from April 2015:

I was sitting thus 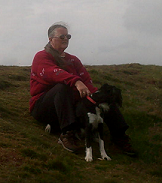 In contrast, our views from the boat as we travelled up river were breathtaking 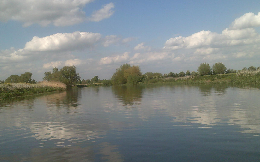 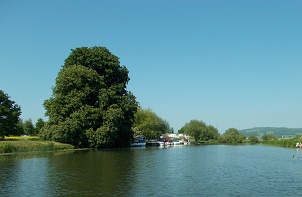 Hard to believe it’s two years ago we took her up for brokerage.

I am a retired number cruncher with a vivid imagination and wacky sense of humour which extends to short stories and poetry. I love to cook and am a bit of a dog whisperer as I get on better with them than people sometimes! We have an elderly dog called Maggie who adopted us as a 7 week old pup in March 2005. From 2014 to 2017 'Home' was a 41 foot narrow boat where we made strong friendships both on and off the water. We were close to nature enjoying swan and duck families for neighbours, and it was a fascinating chapter in our lives. We now reside in a small bungalow on the Lincolnshire coast where we have forged new friendships and interests.
View all posts by pensitivity101 →
This entry was posted in blogging, Challenge, Memories, Photos and tagged boat living, fpj-photo-challenge, memories. Bookmark the permalink.