Thank you Ursula over at an Upturned Soul for nominating me for this.
It’s always nice to be nominated for something and I’ve done pretty well these past few days. 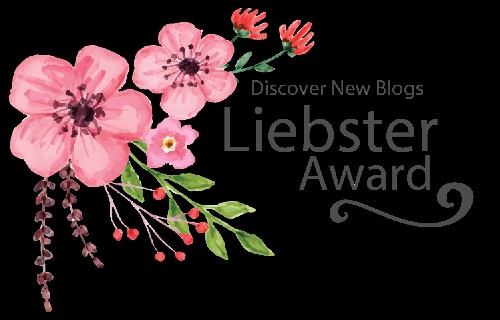 The Liebster Award is an award that exists only on the internet and is given to bloggers by other bloggers. The earliest case of the award goes as far back as 2011.

1 – Thank the person who nominated you, and add a link to their blog.

2 – Add the logo of the award to your post and a link to the creator of this blog award – The Global Aussie: The Official Rules of the Liebster Award 2019

3 – Write a paragraph about what motivates you in life (not just in blogging).

4 – Answer the 5 questions given to you.

5 – Nominate 2 – 6 blogs that you feel would enjoy receiving the award.

6 – Create 5 questions for your nominees.

This is slightly different to the other Liebster awards I’ve done.
Points one and two done.

What motivates me?
People.
I wish I had a magic wand and could make everyone’s problems and sorrows go away. Life deals us shit sometimes, but we always seem to rise above it.
It’s my personal daily task to make at least one person smile every day.

1 – If I gave you control of my blog for a day, what would you do with it? Would you change anything about it, such as the theme, the header, my gravatar? Would you rewrite the About page? Add something which you think is missing? Would you write a blog post as An Upturned Soul – if yes, and you were able to say in that post what you can’t say as yourself on your blog, what would you write about?

I don’t think I’d change anything. Your readers appreciate what and how you write.

2 – If you found out tomorrow that you’d been gifted with immortality as well as agelessness, how would you react, what would you do, and how would that change the experience of living and being for you?

I think I’d be angry. I don’t want to live forever (certainly not at the age I am now) and watch my loved ones die. I firmly believe I’ll be reunited with them when I pass over.
Not that I’m in any hurry to do so you understand.

My country motto would be
‘No-one is better than anyone else’
and would have old fashioned values, care for your fellow man, do as you would be done by, that sort of thing.
If you hurt another person or an animal just for the hell of it, you’re out.
Zero tolerance to booze….. by all means enjoy a drink, but no driving whatsoever if so much as a drop passes your lips.
Everyone contributes, and if you don’t have money, then bartering would be OK, swapping skills/time for necessities.
(Simple, but it would never work, sigh)

4 – If you suddenly became famous – what would be the reason for your sudden fame?

It’s a mistake. Someone got the name wrong and it’s not me at all.

5 – What is the biggest surprise you’ve had about yourself since you started blogging? What have you discovered through blogging which you didn’t know about yourself before?

I love to write, and in a lot of cases, people seem to like what I write about! Thank you!!
I’m not afraid to have an opinion and voice it, even if it doesn’t comply with the status quo. We are all different, and none of us are always right or wrong.

Point 5
As always, nominations let me down so I am only going to nominate two, who are under no obligation whatsoever.

Michelle over at Mws R Writings
and
JP at wideeyedwanderingspoonie

OK, now for my five questions (anyone else is welcome to answer them too. Pls link back to this post so that I can read them!).

Hope you have fun with these.
Thanks again Ursula.

I am a retired number cruncher with a vivid imagination and wacky sense of humour which extends to short stories and poetry. I love to cook and am a bit of a dog whisperer as I get on better with them than people sometimes! We have recently lost our beloved dog Maggie who adopted us as a 7 week old pup in March 2005. We decided to have a photo put on canvas as we had for her predecessor Barney, and now have three pictures of our fur babies on the wall as we found a snapshot of my GSD so had hers done too. From 2014 to 2017 'Home' was a 41 foot narrow boat where we made strong friendships both on and off the water. We were close to nature enjoying swan and duck families for neighbours, and it was a fascinating chapter in our lives. We now reside in a small bungalow on the Lincolnshire coast where we have forged new friendships and interests.
View all posts by pensitivity101 →
This entry was posted in awards, blogging and tagged blogging awards, Liebster award. Bookmark the permalink.