My sweet tooth has woken up with a vengeance and is pushing me hard to satisfy its craving.

I’ve been feeling a little down lately, what with Hubby’s hospital appointment being on velcro and I am worried about his trip next week for the overnighter as I can’t be with him to share the driving, let alone look after him.
The essence of this test is to see how his digestive system is working so they’re putting a tube down his throat into his stomach for 24 hours, hence the over night stay. No way could he do a four to five hour journey each way on consecutive days, even with me and the dog in tow.
He has been told not to take any painkillers, so will be in even more pain, anticipating a sleepless and uncomfortable night in strange surroundings.

We’ve been busy today, which included a walk into town, even though we couldn’t get what we wanted. I fancied some liquorice allsorts, but the shop didn’t have the ones I’m particularly partial to. The one over the road did the liquorice candy rolls though, and I have demolished the entire packet over the last 90 minutes. I’ll also own up to the 2 small chocolate bars and chocolate chips cookies as the diet has migrated due to the confused seasons, but I do feel a tad better.
This happens to me sometimes, but once the craving has been acknowledged and appeased, I can go for weeks if not months without yearning for a major sugar fix. 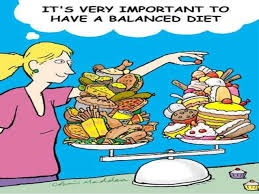 I will be glad to get next week out of the way. Hubby has a GP appointment Monday morning about his throat and the need for a referral for further investigation as per the advice for the doctors in A&E, and the guys are coming to replace the blown bedroom window pane in the morning so I have to stay here. Much as I hate to admit it, I’m going to have to get up to the sit and wait clinic early on Tuesday as my back is really playing me up and I can hardly walk sometimes, plus I’ve had an annoying tickly cough for about 3 months.
Also my appointment with the breast clinic consultant can’t come soon enough which is preying on my mind as its been rescheduled three times now, but MSM has said she is still happy to put us up for the night.

I am a retired number cruncher with a vivid imagination and wacky sense of humour which extends to short stories and poetry. I love to cook and am a bit of a dog whisperer as I get on better with them than people sometimes! In November 2020, we lost our beloved Maggie who adopted us as a 7 week old pup in March 2005. We decided to have a photo put on canvas as we had for her predecessor Barney. We now have three pictures of our fur babies on the wall as we found a snapshot of Kizzy, my GSD when Hubby and I first met so had hers done too. On February 24th 2022 we were blessed to find Maya, a 13 week old GSD pup who has made her own place in our hearts. You can follow our training methods, photos and her growth in my blog posts. From 2014 to 2017 'Home' was a 41 foot narrow boat where we made strong friendships both on and off the water. We were close to nature enjoying swan and duck families for neighbours, and it was a fascinating chapter in our lives. We now reside in a small bungalow on the Lincolnshire coast where we have forged new friendships and interests.
View all posts by pensitivity101 →
This entry was posted in current events, diary and tagged day to day. Bookmark the permalink.