This week we are to consider the concept of control.

It’s all very well having control over finances or your pet, but what when it stretches further and your partner exerts control over you?
That can be quite frightening.
The joke goes that when someone authoritative says jump you ask ‘How High’, but sometimes you’re afraid to move, let alone jump. That in itself can lead to repercussions, yet had you jumped, it would not have been high enough or in the wrong direction.

I cannot imagine a life where we are afraid to think for ourselves or have to ask permission to do the simplest thing. I’m pretty independent and have been since my teens, but I respected the parental home and my friends were always made welcome.
Mum and Dad advised or guided, but never told us exactly what to do, when, why or how, and if we got in a pickle, they were always on hand to help us get ourselves out of it.

You see movies where partners, usually women, are beaten both verbally and physically into submission, made to tow the line or face the consequences. To the outside world, the relationship is seen as one of doting love and respect, a match made in heaven perhaps, but behind closed doors it’s one of fear and pain, a living hell based on secrecy and lies.
It’s easy to say ‘Why don’t they leave?’ as we sit here in our armchairs, confident in our own relationships and surroundings.

Ease has nothing to do with it. For a start, so called friends, even family, find it hard to believe and say things are being blown up out of all proportion.
Even if they did leave, where would they go? How would they live or support themselves? What would happen should they be found? Add into the equation family committments, well, you can understand their indecision and acceptance of better the devil you know. They convince themselves they might actually deserve it and their life isn’t all bad.
They have a lovely home, and as long as they ‘behave’, all will run smoothly………… until he gets bored, has one too many, or suddenly doesn’t like the way you look, your friends or the fact that you may be more popular than he is.

It takes time and planning to get out of such a relationship, and when your sense of self-worth and confidence are both less than zero, you need someone in your corner for support and reliability. 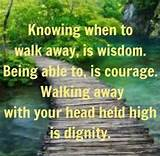 Sleeping with the Enemy (1991) starring Julia Roberts and Patrick Bergin portrays one solution for escape. I still remember the tins and towels.

I am a retired number cruncher with a vivid imagination and wacky sense of humour which extends to short stories and poetry. I love to cook and am a bit of a dog whisperer as I get on better with them than people sometimes! We have recently lost our beloved dog Maggie who adopted us as a 7 week old pup in March 2005. We decided to have a photo put on canvas as we had for her predecessor Barney, and now have three pictures of our fur babies on the wall as we found a snapshot of my GSD so had hers done too. From 2014 to 2017 'Home' was a 41 foot narrow boat where we made strong friendships both on and off the water. We were close to nature enjoying swan and duck families for neighbours, and it was a fascinating chapter in our lives. We now reside in a small bungalow on the Lincolnshire coast where we have forged new friendships and interests.
View all posts by pensitivity101 →
This entry was posted in blogging, Challenge, Opinions and tagged Mindlovesmisery’s Menagerie, Tale Weaver. Bookmark the permalink.