Growing up, it wasn’t unusual to hear the expression that bad news, like buses, usually came in threes as if one was shortly followed by a second, you could be almost 100% certain a third was on its way.

After the drain episode on Monday, all of which seems to be resolved now and we had a follow up call to enquire about that from the water board this morning, we got in the  car last night to go to darts and……………………… instead of bursting into life as expected, all we got were the three Ws, a whirr, whiz and whine.
With a bit of bouncing and rocking, we got the car started and drove around for a bit to charge up the battery, however, this is not the first time it’s happened, so with the car being four and half years old, the battery is probably on its way out. 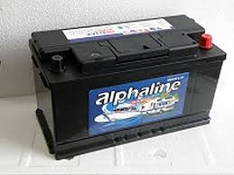 Hubby checked this morning, though we haven’t started it yet, and it’s holding only 80% of its charge. We’ve done some ringing around and got a good price for a new one which we will sort out this afternoon.

Number three is Maggie.
On our walks recently, her sniffathons have been almost obsessive, and it looks like she’s picked something up in the grass. Hubby said she’d been unwell while I was out, and when we got home she did the business which was basically all water. She got me up twice in the night, and has done two ‘pools’ this morning as well.
Rice on the menu for her today then, no treats, no sausages from last night’s supper, no breakfast, though we will leave her food down in case she wants something. Her nose is cold and she’s bright and otherwise OK, so we think it’s just one of those things. Obviously if it continues, we’ll take her to see her ‘new friend’. 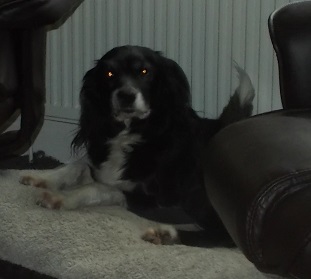 I am a retired number cruncher with a vivid imagination and wacky sense of humour which extends to short stories and poetry. I love to cook and am a bit of a dog whisperer as I get on better with them than people sometimes! In November 2020, we lost our beloved Maggie who adopted us as a 7 week old pup in March 2005. We decided to have a photo put on canvas as we had for her predecessor Barney. We now have three pictures of our fur babies on the wall as we found a snapshot of Kizzy, my GSD when Hubby and I first met so had hers done too. On February 24th 2022 we were blessed to find Maya, a 13 week old GSD pup who has made her own place in our hearts. You can follow our training methods, photos and her growth in my blog posts. From 2014 to 2017 'Home' was a 41 foot narrow boat where we made strong friendships both on and off the water. We were close to nature enjoying swan and duck families for neighbours, and it was a fascinating chapter in our lives. We now reside in a small bungalow on the Lincolnshire coast where we have forged new friendships and interests.
View all posts by pensitivity101 →
This entry was posted in current events, diary and tagged bad luck, day to day living. Bookmark the permalink.