Tonight was our first  darts match since December 11th.
With Hubby being in hospital on the 18th, I didn’t chalk the mixed pairs, though the teams played well, one getting through to the second round.
Then we had Christmas and New Year, so it’s been four weeks since an official game.

We were home tonight and our opponents are a nice bunch so everyone was pretty relaxed. We beat them 8 – 4 in the first round.
I played first and won my singles game then took over chalking. We lost the next game, won the third and fifth, so it was three points each at supper time. Tonight it was sausages, chips and beans, and plenty of it, so I brought home some sausages for Hubby and Maggie.

I’ve decided to try permanent pairings for a few weeks and see how that works out.
My partner tonight played brilliantly, the best game she’s had for a while, which was great as my own scores were crappy, though I’m pleased I didn’t let us down with the finishing doubles! We won our game 2-0 as did the previous pair, and our first pair won 2 games to 1, so we picked up the maximum 6 points giving us a fantastic result of 9 – 3 win!
Each side had two scores over 100, and overall we were all pretty evenly matched.
Hubby was surprised to get my call for collection at 11pm as we actually finished at a sensible time despite a few matches ending up on double 1!

We are home again next week, so a similar result would be nice………………. 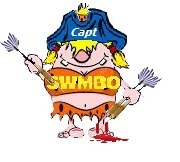 I am a retired number cruncher with a vivid imagination and wacky sense of humour which extends to short stories and poetry. I love to cook and am a bit of a dog whisperer as I get on better with them than people sometimes! We have an elderly dog called Maggie who adopted us as a 7 week old pup in March 2005. From 2014 to 2017 'Home' was a 41 foot narrow boat where we made strong friendships both on and off the water. We were close to nature enjoying swan and duck families for neighbours, and it was a fascinating chapter in our lives. We now reside in a small bungalow on the Lincolnshire coast where we have forged new friendships and interests.
View all posts by pensitivity101 →
This entry was posted in current events, diary, games and tagged darts, game, socialising. Bookmark the permalink.