I’ve commented before on how mild it’s been recently, and today is no exception. Although not warm enough to get the washing dry on the line,  it’s not cold enough to be wearing thermals, thick jumpers, woolly scarves, heavy coats, gloves and hats.

Our energy bill is due, and being a heavier consumption with the time of year, as always I am anxious that we have enough money in the kitty to cover it.
Our tariff is fixed until October this year and we are on one of the cheapest available.
We pay £46  ($58) a month for both gas and electricity and that should be sufficient to cover our usage for the year.
There was a news item the other day on Smart Meters, and the reporter confirmed it as yet another con to track what you do, where you do it, how long for and who with. It is NOT free, you will pay through the nose on different (aka popular times) tariffs, only getting cheaper rates at ridiculous times.
I did a post on it in August here. Anyone in the UK reading this, YOU DO NOT HAVE TO HAVE ONE, despite what your energy company says. If they pressurize you to have one, simpy refuse on the grounds of medical risk and health issues.

We read our meters every week.
In the cottage, it was every day, and our electricity consumption was around 5 Kwh per day. We had no gas as our central heating was oil run. Heating equated to around £650 to £700 to fill our tank which we topped up in August or September before the winter pricing kicked in. We’d also buy a ton of smokeless fuel at around £250 for our multi fuel burner in the lounge. 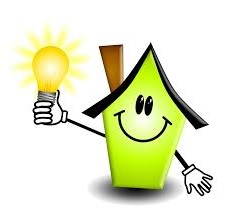 Our electricity works out at 18 – 23 Kwh a week, depending on how often I use the oven  and how many wash loads we do. Unlike the cottage, our shower isn’t electric and we’ve  no TV, tumble dryer or dishwasher.

Gas varies of course due to the time of year, and I’m still finding my feet on getting the balance right. However, we refuse to be cold, though we did turn our thermostat down to keep the house at a constant 18º and at night it won’t drop below 14º as the heating will kick in. 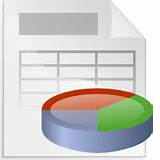 In true number cruncher form, I have a spreadsheet and have calculated our bill to date using the figures this week.
I am really pleased as we have used £1.24 less than our three monthly payments, so with an existing float of over £50, we are OK and I can relax.
When we first moved here, I based our figures on the cottage, and the energy company have suggested three reductions. One was too low in my opinion, so we agreed to stay on the second revisal, which using their estimated figures for our usage, balanced out nicely over a twelve month period.

The only meter that has been worth its salt for us (every household varies depending on the number of people therein) has been a water meter.
In the cottage, we only had to pay for our water supply as we had a cess pit which was emptied at our discretion (every couple of years at £80 a time). This would cost us around £265 a year until we had a water meter fitted. With just the two of us, showers three times a week, 2 washloads a week and the occasional bath, this reduced to £110 the first year and £132 the second as we had a large veg patch.
We have a meter here as all new properties are fitted with them, and if a meter is fitted when you buy, you can’t have it removed. Mind you, if you asked for one to be fitted and don’t like it, you had two years to change your mind.
We use less than a cubic meter of water a week, but in the summer when we’re watering the garden, this increases by a third.  We intend to buy a couple of water butts for the garden to utilise the rainwater.
I budget £30 a month for water and sewage (calculated on 90% of our supply) and so far this is perfectly adequate. When we were in the bungalow in Poole (1998 – 2007) we were paying £53 a month for both, but didn’t have a meter. Prices have increased considerably since then.
Just a thought, and I don’t mean to preach, only hope to help you save a bit of money, having a water meter fitted might considerably reduce your water bill, especially if there are only two or three of you in the house. It’s not the same as a smart meter.
I don’t know how it is across the pond,  but there are ways to help you decide whether you could benefit, details usually being on your bill or an enclosed leaflet. Failing that, there’s always asking. The worse they can say is No and you haven’t lost anything.

I am a retired number cruncher with a vivid imagination and wacky sense of humour which extends to short stories and poetry. I love to cook and am a bit of a dog whisperer as I get on better with them than people sometimes! In November 2020, we lost our beloved Maggie who adopted us as a 7 week old pup in March 2005. We decided to have a photo put on canvas as we had for her predecessor Barney. We now have three pictures of our fur babies on the wall as we found a snapshot of Kizzy, my GSD when Hubby and I first met so had hers done too. On February 24th 2022 we were blessed to find Maya, a 13 week old GSD pup who has made her own place in our hearts. You can follow our training methods, photos and her growth in my blog posts. From 2014 to 2017 'Home' was a 41 foot narrow boat where we made strong friendships both on and off the water. We were close to nature enjoying swan and duck families for neighbours, and it was a fascinating chapter in our lives. We now reside in a small bungalow on the Lincolnshire coast where we have forged new friendships and interests.
View all posts by pensitivity101 →
This entry was posted in budgets, current events, diary, Just a thought and tagged budgets, energy, power, utility bills. Bookmark the permalink.

2 Responses to Haven’t the energy