One of the fun things about past Christmases were the crackers.
As a child, Wades did a selection of Whimsies and it was great trying to collect the set of The Flintstones, dinosaurs, birds, animals and other ceramic ornaments. I believe they still do them, but the crackers come with a price tag I’m afraid.
At the opposite end of the scale, the cheaper ones have a flimsy paper hat, plastic novelty and the corniest of jokes. You’ve got to laugh! 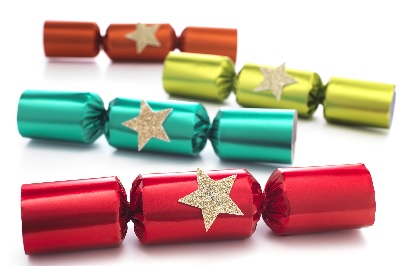 We walked up along the prom today, stopping for our ‘oasis’ cup of tea and breather (add cake of course), and we were given two mini mince pies, 2 Lotus biscuits and two crackers, with the instruction that hats had to be worn, along with our order.

So I am going to set my readers a fun challenge and ask them to let me know their favourite (or not) corny cracker joke in the hope of raising smiles and getting everyone in the holiday spirit (gin, whisky, vodka, brandy, whatever takes your fancy).

Our novelties were a plastic flip frog and a moustache. Oh how I remember those as a kid!

Hubby had a red hat, and mine was purple (and yes he did take photos to prove it) and our jokes were:
Q; Why did the Elf push his bed into the fireplace?
A: He wanted to sleep like a log!

Q: What do you get when you cross an archer with a gift wrapper?
A: Ribbon Hood.

I would link The Good Life Christmas Special where Tom and Barbara invite Margo and Jerry to share their homemade Christmas when Margo’s Christmas order is not delivered.
It’s in 3 parts on YouTube and called ‘Silly, but it’s fun’ and was released here in the UK on Dec 26th 1977.
Sadly as we have no TV licence, we cannot view any BBC programmes, but have a look and think of us!

Leave your joke in the comments, and I’ll do a round-up for Christmas. 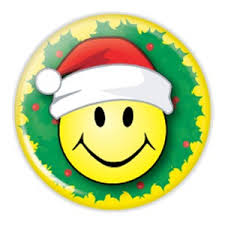 I am a retired number cruncher with a vivid imagination and wacky sense of humour which extends to short stories and poetry. I love to cook and am a bit of a dog whisperer as I get on better with them than people sometimes! We have recently lost our beloved dog Maggie who adopted us as a 7 week old pup in March 2005. We decided to have a photo put on canvas as we had for her predecessor Barney, and now have three pictures of our fur babies on the wall as we found a snapshot of my GSD so had hers done too. From 2014 to 2017 'Home' was a 41 foot narrow boat where we made strong friendships both on and off the water. We were close to nature enjoying swan and duck families for neighbours, and it was a fascinating chapter in our lives. We now reside in a small bungalow on the Lincolnshire coast where we have forged new friendships and interests.
View all posts by pensitivity101 →
This entry was posted in current events, diary, humour, Memories and tagged Christmas memories, crackers, jokes. Bookmark the permalink.

5 Responses to It’s a Cracker!