I’ve started the second book I purchased with Iain Kelly’s A Justified State today as I was sitting in the car whilst Hubby was in the hospital.
It has been a long day as we had to get there between 9 and 10 am this morning.
To backtrack a little, Hubby had a lot of pain yesterday but was more concerned about me after my dentist appointment. He tried to get to see a GP at our surgery when we got back  but after hanging on the phone for nearly twenty minutes, he decided to drive up there. It was a No Go (there’s a surprise) so he went up to the 24/7 A&E GP on his own where he spent the majority of the afternoon. 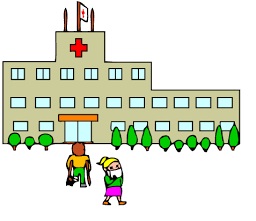 He saw the same doctor who’d told him to see his GP to arrange an ultrasound some 5 – 6 weeks ago, which turned out to be a two week wait to see someone to put in the paperwork and we are still waiting for a date. Now we don’t think it is going to come anyway as there is no record of it in his notes (the A&E doc was fuming) and the Head Honcho Ass at the surgery (not the doc Hubby had seen to book his ultrasound) had annotated ‘possible hernia’ which was actually ruled out months ago. This is the same HHA who wants Hubby to go on statins, even though he has an intolerance to them (on his notes but he hasn’t bothered to read that) and that Hubby is under a consultant at another hospital for non-statin anti cholesterol meds which are working a treat. The HHA says they’re not as he hasn’t read the latest blood test results which proves that they are! 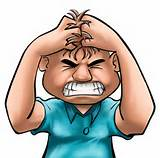 Thus yesterday’s A&E doc arranged for an appointment at a larger hospital but he had to get there by 6pm. He couldn’t do it as he had to come home first in case he was admitted, so rang the hospital to explain and they agreed for him to go this morning. However, if he was in increasing pain, it would be a 999 job.

We arrived in plenty of time, so Hubby went in armed with his mobile phone and Maggie and I stayed in the car. He text me every time he had some news and I replied. I was walking the dog when he rang me to say he was waiting for the registrar who was currently at lunch.
Back in the car, I received a text to say he had not received any texts from me, so I rang him. There was no reply. Thinking it might be an error on my part, I tried ringing from the text messages and also from his call to me, but still the phone kept ringing and timing out.

At 1 pm, I went into reception and explained the situation and that I actually had no idea where he was in the hospital. The staff were lovely and as they had no computer at their desk, pointed me to the PALS offices (Patients Advice and Liaison Service) which was actually shut for lunch. Back to reception and I was referred to A&E. As he hadn’t been admitted through there, I was directed to the Ultrasound and CT department. He wasn’t there either, but they tracked him down to a ward, so it was back into the main building.
He called as I was at the ward Help Desk so I asked him where he was, and he came out of the room behind me!
Relief!!!

Anyway, there is something going on and it would appear that it should have been picked up some time ago. DUH, wonder why it wasn’t (bloody Head Honcho Ass) so we are going back tomorrow for a CT Scan and another INR as that had plummeted in just 6 days.

Having been at the hospital for nearly 6 hours, our car parking fees would have been £4.60. However, as Hubby has a blue badge, we are entitled to £2 all day parking once registered, so that’s been done now.
Tomorrow I’m making a packed lunch for both of us as two sandwiches, 1 cup of tea, 2 cups of coffee, a yoghurt and a flapjack cost me over £15 !!!!!

As for my book, Come Sundown by Nora Roberts, I’m really enjoying it, but think I’ve twigged who did it pretty early on (there are 547 pages in total). I’ll do a review when finished.

I am a retired number cruncher with a vivid imagination and wacky sense of humour which extends to short stories and poetry. I love to cook and am a bit of a dog whisperer as I get on better with them than people sometimes! We have recently lost our beloved dog Maggie who adopted us as a 7 week old pup in March 2005. We decided to have a photo put on canvas as we had for her predecessor Barney, and now have three pictures of our fur babies on the wall as we found a snapshot of my GSD so had hers done too. From 2014 to 2017 'Home' was a 41 foot narrow boat where we made strong friendships both on and off the water. We were close to nature enjoying swan and duck families for neighbours, and it was a fascinating chapter in our lives. We now reside in a small bungalow on the Lincolnshire coast where we have forged new friendships and interests.
View all posts by pensitivity101 →
This entry was posted in blogging, current events, film/tv/book and tagged current events, diary. Bookmark the permalink.

16 Responses to Absence from blog