So, here we go.
I have weighed myself this morning and would like to lose between 15 and 20 pounds.
I haven’t set myself a timeframe as that can be soul destroying when things slow down or stop altogether, but a steady loss of a pound or so a week will suit me, though I am hoping this time next week will see a bit more than that come off.

Leading up to today, I have been looking at the posts and photographs of the meals I prepared when I originally started with SW over two years ago (yes, really!).
Over the past year, although we have been having similar meals cooked in the same way,  I can see from recent photographs that my portions have added girth which in turn has spread itself onto me!

Hopefully I can address that without too much rumbling in the tummy. I was careful not to have biscuits last time and made notes of my syns and speed foods, so I shall start doing that too in the new food diary I am starting today.

The fridge has plenty of fresh veg and what seems like hundreds of tomatoes in it, so my third of a plate with speed food is in hand. I am also having fresh fruit for breakfast with a sprinkling of granola as the branflakes have finally bitten the dust they tasted of.
I must remember that grapes and blueberries are not speed food, and although still classed as ‘free’ are high in natural sugars, so won’t go too mad on those. 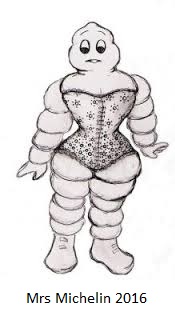 Two years ago come Christmas, I was just a few pounds short of my target and a three stone loss. I never got there. Hopefully I will now. 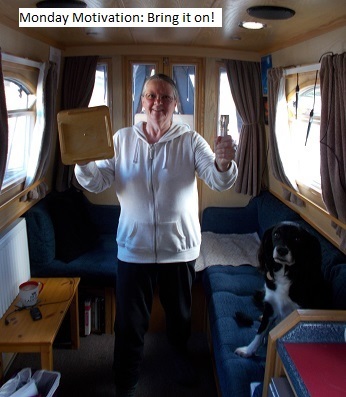 I am a retired number cruncher with a vivid imagination and wacky sense of humour which extends to short stories and poetry. I love to cook and am a bit of a dog whisperer as I get on better with them than people sometimes! We have recently lost our beloved dog Maggie who adopted us as a 7 week old pup in March 2005. We decided to have a photo put on canvas as we had for her predecessor Barney, and now have three pictures of our fur babies on the wall as we found a snapshot of my GSD so had hers done too. From 2014 to 2017 'Home' was a 41 foot narrow boat where we made strong friendships both on and off the water. We were close to nature enjoying swan and duck families for neighbours, and it was a fascinating chapter in our lives. We now reside in a small bungalow on the Lincolnshire coast where we have forged new friendships and interests.
View all posts by pensitivity101 →
This entry was posted in diary, food, Monday Motivation, weight issues and tagged diet, Monday Motivation. Bookmark the permalink.