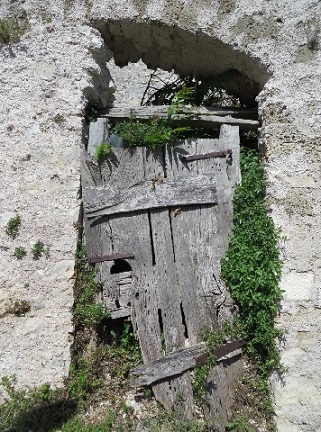 In the end, Money talked and the Monks were relocated temporarily to a modern leisure complex owned by the billionaire. With its central heating and double glazing, it was a far cry from their draughty monastery because nothing was familiar and many found it hard to adjust as it wasn’t what they were used to.
There was no order here, no sense of worth or humility, no warmth or soul to this clinical building with its neutral impersonal decor and waiting staff.
‘Treat it as a holiday!’ they’d been told. ‘Money is no object. Relax and have fun!’
Honestly, the rich had no idea. What would Monks want with a spa, sauna, hairdressing salon, swimming pool and tennis courts?
It was therefore decided that apart from sleeping quarters, they would use only one reception room for prayer and meals, and insisted on catering for themselves.
The staff were therefore dismissed on full pay until further notice, and the monks went about their business as best they could under the bizarre circumstances.

Construction work on the monastery began almost immediately.
Whilst the bride didn’t get her wish for all pillars to be removed, the modern experts had consulted their computer programmes and said that most could be demolished with the minimum of structural damage. After the wedding, new columns would be erected and the monks could return to their home.

Two days before the wedding, the rock band hired for the ceremony were putting the finishing touches to their microphone positions and synthesizer speakers. Wires were snaked across the ‘aisle’ and the generators were humming at full pitch.
It was a massive A chord that literally brought the house down as the roof began to tremble then started to crack and crumble as it had nothing of substance to support it.
Within twenty minutes, what had stood for almost two hundred years and been sanctuary to thousands of troubled souls was nothing but a pile of rubble and steaming dust, all but one of the original pillars which had a small upward crack in it and seemed to be having the last laugh.
Luckily no-one was hurt, which is more than could be said for the Bride’s ego.
“Oh Daddy!” she wailed. “My perfect wedding is in ruins! What am I going to do?”

Daddy however had more than his daughter’s wedding to worry about.
What was he going to do with twenty five monks, a rockery for a monastery, reconstruction costs plus the inevitable law suits and legal expenses?
This might actually be the ruin of him too. How he wished he’d had a son!

Note:
I cannot begin to imagine what life would be like if money was a bottomless pit and one’s dreams would always become reality on the signature of a cheque. Heaven forbid that this kind of selfish scenario would ever come about. But who is to blame for this greed? The billionaire for pandering to his daughter’s whim or the Head Monk for agreeing to the transformation for it?

I am a retired number cruncher with a vivid imagination and wacky sense of humour which extends to short stories and poetry. I love to cook and am a bit of a dog whisperer as I get on better with them than people sometimes! In November 2020, we lost our beloved Maggie who adopted us as a 7 week old pup in March 2005. We decided to have a photo put on canvas as we had for her predecessor Barney. We now have three pictures of our fur babies on the wall as we found a snapshot of Kizzy, my GSD when Hubby and I first met so had hers done too. On February 24th 2022 we were blessed to find Maya, a 13 week old GSD pup who has made her own place in our hearts. You can follow our training methods, photos and her growth in my blog posts. From 2014 to 2017 'Home' was a 41 foot narrow boat where we made strong friendships both on and off the water. We were close to nature enjoying swan and duck families for neighbours, and it was a fascinating chapter in our lives. We now reside in a small bungalow on the Lincolnshire coast where we have forged new friendships and interests.
View all posts by pensitivity101 →
This entry was posted in #flash fiction, blogging, Challenge and tagged fiction, Mindlovesmisery’s Menagerie, Tale Weaver. Bookmark the permalink.