The Friday Reminder and Prompt for #SoCS Sept. 15/18 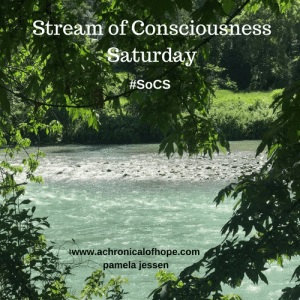 Well a lot of us post posts every day, some (me included) post four or five.
That’s blogging.
But what about door posts, bed posts, fence posts or even post boxes?

I did a post on those in February 2015.
I like to receive post, as long as it’s not a bill, though the postman has to deliver them and can’t be held accountable.
Sadly, snail mail is rare these days as everyone relies on text messages, email or social media.

I am a retired number cruncher with a vivid imagination and wacky sense of humour which extends to short stories and poetry. I love to cook and am a bit of a dog whisperer as I get on better with them than people sometimes! We have recently lost our beloved dog Maggie who adopted us as a 7 week old pup in March 2005. We decided to have a photo put on canvas as we had for her predecessor Barney, and now have three pictures of our fur babies on the wall as we found a snapshot of my GSD so had hers done too. From 2014 to 2017 'Home' was a 41 foot narrow boat where we made strong friendships both on and off the water. We were close to nature enjoying swan and duck families for neighbours, and it was a fascinating chapter in our lives. We now reside in a small bungalow on the Lincolnshire coast where we have forged new friendships and interests.
View all posts by pensitivity101 →
This entry was posted in blogging, Challenge, word prompt and tagged #SoCS, word challenge. Bookmark the permalink.
Loading Comments...
Comment
×
%d bloggers like this: