The Boob, the whole Boob and nothing but the Boob

It’s that time of year for my annual mammogram.
Come the 19th September, it will be two years since Humphrey was discovered, and come 31st October, 2 years since he was sent to that great Petri dish in the Sky Lab.

I’m not looking forward to the journey, some five hours, but we want continuance of care rather than let the NHS up here take over the reins and cock things up, lose my notes, or worse, forget me like they did my diabetes check.
I have a pink card with the relevant years that apply since my diagnosis, and at the end of those five years, I go back into the NHS screening programme which will be every three years and by appointment.

MSM has offered to put us up for the night so we can have a leisurely journey down, a good rest, then do the necessary the following day before coming home. Depending on the time of our arrival will determine if we can pay a visit to the marina and look up Tom who we understand is on his boat this week. 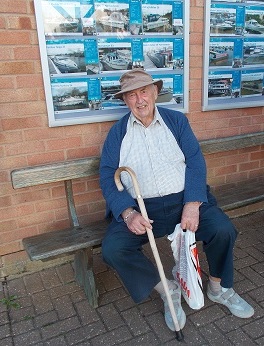 Since we moved away, I’ve written to him a few times and we’ve spoken on the phone.
He says the marina has changed, that the atmosphere is not the same, and people haven’t got time to stop and chat.
Hubby and I felt like the unofficial welcoming committee as we always said hello to boaters old and new, and introduced ourselves to new residents when they appeared.
We have heard that the building work is due to commence some time soon as the land has been sold, so the house residents are in for a rough and noisy time.
This was the artist’s impression of the project development.

A few boats were in situ when we left in April, but it will be interesting to see how it is now.

Most of the people we know have probably moved away, especially as we’ve heard there has been a weekly car charge of £5 implemented for residents on top of the hike in mooring fees last year. The shower block is still due to be revamped, and we also heard there were plans for a coffee shop.
Maybe it is no longer a private marina as residents are hardly likely to pay for coffee when they can use their own kitchen aboard and visiting boaters will also have their own facilities, so maybe they are hoping to attract walk in trade.

I am a retired number cruncher with a vivid imagination and wacky sense of humour which extends to short stories and poetry. I love to cook and am a bit of a dog whisperer as I get on better with them than people sometimes! We have recently lost our beloved dog Maggie who adopted us as a 7 week old pup in March 2005. We decided to have a photo put on canvas as we had for her predecessor Barney, and now have three pictures of our fur babies on the wall as we found a snapshot of my GSD so had hers done too. From 2014 to 2017 'Home' was a 41 foot narrow boat where we made strong friendships both on and off the water. We were close to nature enjoying swan and duck families for neighbours, and it was a fascinating chapter in our lives. We now reside in a small bungalow on the Lincolnshire coast where we have forged new friendships and interests.
View all posts by pensitivity101 →
This entry was posted in current events, diary, health, life afloat, Marina, My life and tagged health check, marina. Bookmark the permalink.

6 Responses to The Boob, the whole Boob and nothing but the Boob