Our challenge is to write a story based on the following picture: 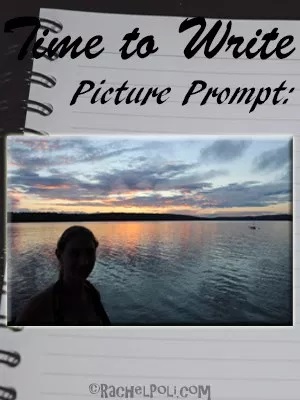 Dear Matty,
this is me on honeymoon. The view from the hotel balcony was fabulous, and the suite itself bigger than our apartment!
The occupants of the room adjacent to ours are elderly and celebrating their diamond wedding. Sixty Years Matty! And we were only just starting.
The water looks like glass, everything’s so quiet, smooth and peaceful, it’s like being in another world.
The food is wonderful, and no washing the dishes! You didn’t like that but didn’t mind drying. You’d have liked the shrimp and rice dish that was on the menu yesterday.
I miss you so terribly. Maybe this was a mistake, but you said I should go.
How could you expect me to see this through without you by my side?
But here I am, and tomorrow I will do as I promised.
I love you Matty.
With all my heart.
xxx

Sophie took the photograph and kissed the bottom of her letter, then folded it into three.
Gently she placed them in the box on the table. It contained Matthew’s ashes, her darling Matty, who had died seven days before the wedding. He had insisted she take the honeymoon they’d booked and paid for before leukaemia hit.
‘Write me a letter and take a photo’, he told her. ‘Then do all the things we’d planned, scattering my ashes as you go.’
She fell asleep in the huge bed with the box beside her, dreaming of Matty as he was, and the adventure they had planned so long ago.

I am a retired number cruncher with a vivid imagination and wacky sense of humour which extends to short stories and poetry. I love to cook and am a bit of a dog whisperer as I get on better with them than people sometimes! We have an elderly dog called Maggie who adopted us as a 7 week old pup in March 2005. From 2014 to 2017 'Home' was a 41 foot narrow boat where we made strong friendships both on and off the water. We were close to nature enjoying swan and duck families for neighbours, and it was a fascinating chapter in our lives. We now reside in a small bungalow on the Lincolnshire coast where we have forged new friendships and interests.
View all posts by pensitivity101 →
This entry was posted in #flash fiction, blogging, Challenge, photoprompt and tagged challenge, photo challenge, time to write. Bookmark the permalink.