This morning I had my not-diabetes nurse appointment, and met a very pleasant young lady called Jamie.
She apologised for her scales not being that accurate and weighed me in at five pounds heavier than my appointment with Doctor Happy. From an hour previously, I had put on 3kg compared to my home scales, and all I’d had was my breakfast!
Now for the good news:
My BP was 130 over 70 (big tick)
Oxygen in my blood 94, or could have been 96 % (tick)
Pulse 73 (tick)
Urine clear of proteins or sugar (tick)
As I’ve been having problems with my feet, she checked those, and I just missed kicking her in the face. Pain is due to arthritis ( 😦 ) but I have good circulation and sensitivity!

She took blood, and it was a very rich red, so Vampires R Us would be well impressed.
I asked her what happened next and she said if there was any problem, I would be called back to see the Diabetes Nurse. The one I saw last time, who was not worried about any of my blood figures, no longer works there.
I told her that my cholesterol level would be higher than they’d like, but still considerably lower than it was 7 years ago when I was first diagnosed as borderline Type 2.
I asked if she could make a note that if that was the only thing of concern and it wasn’t life threatening, to not call me back to have the age old discussion of statins as it would be a waste of time because I prefer not to take them.
She seemed surprised that I was well on top of it, watching my weight (yeah, going in the wrong direction, but I’m trying), knowing where my sugar levels are, what my cholesterol parameters should be, BP etc and controlling it all by diet.
There is still the possibility that my post-cancer meds could be interfering with my weight efforts (it’s in the small print on the leaflet in the box that weight can be affected), so all I can do is carry on the way I am, keep up the exercise and eat sensibly in the hope that I can maintain it at an acceptable level. I still want to lose fourteen pounds (one stone) but if I can lose half of that and keep it off, I’ll be happy. 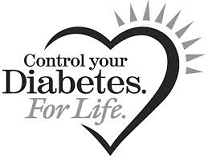 I am a retired number cruncher with a vivid imagination and wacky sense of humour which extends to short stories and poetry. I love to cook and am a bit of a dog whisperer as I get on better with them than people sometimes! We have an elderly dog called Maggie who adopted us as a 7 week old pup in March 2005. From 2014 to 2017 'Home' was a 41 foot narrow boat where we made strong friendships both on and off the water. We were close to nature enjoying swan and duck families for neighbours, and it was a fascinating chapter in our lives. We now reside in a small bungalow on the Lincolnshire coast where we have forged new friendships and interests.
View all posts by pensitivity101 →
This entry was posted in health, My life and tagged diabetes, health check. Bookmark the permalink.