Whose fence is it?

Our garden is completely fenced in, and according to the deeds, our boundaries clearly defined.
The fence to the right of our property from the road belongs to our neighbour.
The fence on the left of our garden belongs to our other neighbour, but we are responsible for maintaining it as the posts are on our side.
OK, we did that when a fence post broke after The Beast from The East hit us, and put in a secondary post, then bolted that and the original to the fencing. It ain’t goin’ anywhere!
The fence at the bottom of the garden belongs to the owner of that property.
Or does it?

We had a knock on the door this afternoon and a woman I didn’t recognise said that our neighbour had had an accident and run her mobility scooter into our fence.

We were told it was the lady with the little dachshund, so although we were familiar with the dog, the owner didn’t come to mind at all.
It seems she hit it with such a clout, supposedly in reverse, that she caved the fence in and turned the scooter over, after running over her own feet.

Hubby goes down the garden to inspect the damage, and sure enough there are several feather boards protruding into our garden.
Thinking it was just a case of banging in a few nails, he lay flat on his back and kicked the fence in the hope that things would line up accordingly for reinforced bashing.
That would be a ‘No’ and an ‘Ah’ then.

Not to be deterred, he gets the sledgehammer out of the attic (them’s big nails!), arms himself with his big bag of big nails and I go round to the lady’s house to guide him in his quest.
I soon discover that the bar strut along the bottom of the fence has broken where she’d hit it and a fence post has rotted (not broken off yet) which is making the fence itself a bit wobbly.
Luckily for us, we had a board left over from our gate repair so were able to squash up two rather sorry looking boards and bridge the gap with the new one for stability.
We found a thick piece of batten on the lady’s side and used that to brace the broken strut with screws.
Hubby then bashed in about a dozen nails from our side to keep everything in place.
It’s pretty solid now.

We pointed out that the rotted fence post would need to be replaced, and if she arranged for a new one and bag of cement, Hubby would do the job for her.
Then came the kicker.
‘It’s not my fence.’
Made sense then why the other woman had come round to tell us she’d hit it. 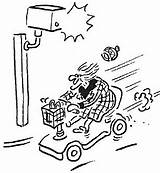 I am a retired number cruncher with a vivid imagination and wacky sense of humour which extends to short stories and poetry. I love to cook and am a bit of a dog whisperer as I get on better with them than people sometimes! We have recently lost our beloved dog Maggie who adopted us as a 7 week old pup in March 2005. We decided to have a photo put on canvas as we had for her predecessor Barney, and now have three pictures of our fur babies on the wall as we found a snapshot of my GSD so had hers done too. From 2014 to 2017 'Home' was a 41 foot narrow boat where we made strong friendships both on and off the water. We were close to nature enjoying swan and duck families for neighbours, and it was a fascinating chapter in our lives. We now reside in a small bungalow on the Lincolnshire coast where we have forged new friendships and interests.
View all posts by pensitivity101 →
This entry was posted in current events, home, humour, maintenance, miscellaneous and tagged maintenance. Bookmark the permalink.

18 Responses to Whose fence is it?