Because I fancied chocolate………….

We took Maggie for a walk down by the beach this afternoon then went on to the Supermarket for the not-supposed-to-be-allowed goodies.
First, the beach is awesome………….. the water churning up the sand as the waves crash against the shore and there are sand deposits all over the footpaths and road.
But we have a problem.
Down by the flats, the strong winds have blown the sand tight against the water defences so there is no actual barrier between the water and the prom now.
It is an awesome sight, though as usual for awesome moments, I didn’t have my camera.
It was High Tide yesterday with the first full moon of March (we will have a Blue Moon at the end of the month as we did in January), so hopefully the authorities will send the diggers in to remove the newly formed sand banks. 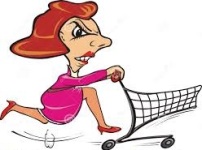 To the other extreme, the supermarket shelves are practically bare!
Now whether this is down to panic buying or delivery delays is unclear. This morning there was plenty of bread, milk and fresh produce, but that has all gone and customers have started clearing the freezer section apart from pizza, ice cubes and ice cream! It’s like walking onto the set of a disaster movie, though at least no-one is pushing anyone to the ground in the rush as shoppers are quite content as they ring through their purchases.
Breakfast cereal, biscuits, crisps and confectionery shelves are still pretty full, as are toiletries, medicines and cleaning products.

Luckily for us, I have plenty of food in the cupboards and freezer, but with better weather on the cards for next week, I shall be buying my trays of chops, chicken and minced beef and freezing it down.
Having had the last of our three day stew today, we are on for a two day chilli tomorrow and Monday, and I noticed my meat drawer is rather low in content!

I am a retired number cruncher with a vivid imagination and wacky sense of humour which extends to short stories and poetry. I love to cook and am a bit of a dog whisperer as I get on better with them than people sometimes! In November 2020, we lost our beloved Maggie who adopted us as a 7 week old pup in March 2005. We decided to have a photo put on canvas as we had for her predecessor Barney. We now have three pictures of our fur babies on the wall as we found a snapshot of Kizzy, my GSD when Hubby and I first met so had hers done too. On February 24th 2022 we were blessed to find Maya, a 13 week old GSD pup who has made her own place in our hearts. You can follow our training methods, photos and her growth in my blog posts. From 2014 to 2017 'Home' was a 41 foot narrow boat where we made strong friendships both on and off the water. We were close to nature enjoying swan and duck families for neighbours, and it was a fascinating chapter in our lives. We now reside in a small bungalow on the Lincolnshire coast where we have forged new friendships and interests.
View all posts by pensitivity101 →
This entry was posted in food, Just a thought, shopping and tagged delivery delays, panic buying. Bookmark the permalink.

8 Responses to Because I fancied chocolate………….