You may remember this and my post The Thames Towpath following on from a Just Jot Jan post on January 13th. 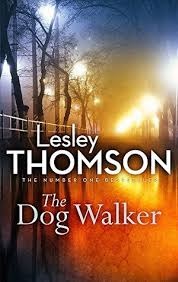 I finally finished this book last night, and to be honest found it hard going.
Not because of the content or style in which it was written, but the characters were so disjointed, it didn’t actually work for me and I wish it had been all about dog walkers and socialising pets.
Flip flapping between 2016 and 1987 was just confusing, and even corresponding chapters didn’t flow or connect, though to be fair that could be because I could put it down, did, and didn’t pick it up again for a few nights.

The ghost story didn’t materialise, throw away characters kept making an appearance for no apparent reason other than filling a chapter, and the best bit I think was when the creaking noises people had been hearing turned out to be crumbling foundations so that the renovated house collapsed, conveniently killing the murderer and their sidekick after all had been revealed. The bitchy property developer lost the lot as the renovation company went bust so she couldn’t sue for negligence. The dog survived. Hurrah!

I was partially right with my assumption of whodunnit. Basically though, there were no winners, no rosy happy ending, and overall a bit of a depressing read from where I was sitting.

but I’m not going to rush out and buy another to see if the odds improve.

I am a retired number cruncher with a vivid imagination and wacky sense of humour which extends to short stories and poetry. I love to cook and am a bit of a dog whisperer as I get on better with them than people sometimes! In November 2020, we lost our beloved Maggie who adopted us as a 7 week old pup in March 2005. We decided to have a photo put on canvas as we had for her predecessor Barney. We now have three pictures of our fur babies on the wall as we found a snapshot of Kizzy, my GSD when Hubby and I first met so had hers done too. On February 24th 2022 we were blessed to find Maya, a 13 week old GSD pup who has made her own place in our hearts. You can follow our training methods, photos and her growth in my blog posts. From 2014 to 2017 'Home' was a 41 foot narrow boat where we made strong friendships both on and off the water. We were close to nature enjoying swan and duck families for neighbours, and it was a fascinating chapter in our lives. We now reside in a small bungalow on the Lincolnshire coast where we have forged new friendships and interests.
View all posts by pensitivity101 →
This entry was posted in fiction, film/tv/book, Opinions and tagged book review. Bookmark the permalink.

3 Responses to Finally finished it!