I love rainbows. They always hold a magical quality for me, and it has nothing to do with crocks of gold.

Photos: These are my pics of a Mangawhai rainbow when I visited Bro in NZ.

I guess it could stem back from a book my Dad gave me, Where the Rainbow Ends By Clifford Mills, a fairy story which I read in one night because it captured my attention from Page One.
Sadly it was one of several classics that got mislaid or sent to charity when I was first married having been stored in my parents roof for years. I tried to get a copy, but apparently it is a collector’s item now and the only ‘cheap version’ is as a screenplay.

We often joke that we couldn’t afford a colour licence for Maggie which is why she is a monochrome dog. Dog licences over here cost 7/6d until decimalisation in 1971 when it became 37 ½ pence. This was reduced (there’s a change) to 37p in 1984 when the half pence piece ceased to become legal tender. Dog licences in the UK were abolished in 1987.
Although it hasn’t officially been stated as such, I believe the 2016 law that all dogs be microchipped was a replacement for the dog licence so that our pets could be identified and monitored, which I think is a good thing. Maggie was chipped when she was a pup, and our previous vet said they hadn’t seen a chip with that old a serial sequence! 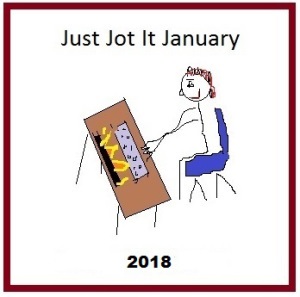 After the beautiful day yesterday where the water and sky were clear and blue,  we have awakened to a colourless day.

I am a retired number cruncher with a vivid imagination and wacky sense of humour which extends to short stories and poetry. I love to cook and am a bit of a dog whisperer as I get on better with them than people sometimes! In November 2020, we lost our beloved Maggie who adopted us as a 7 week old pup in March 2005. We decided to have a photo put on canvas as we had for her predecessor Barney. We now have three pictures of our fur babies on the wall as we found a snapshot of Kizzy, my GSD when Hubby and I first met so had hers done too. On February 24th 2022 we were blessed to find Maya, a 13 week old GSD pup who has made her own place in our hearts. You can follow our training methods, photos and her growth in my blog posts. From 2014 to 2017 'Home' was a 41 foot narrow boat where we made strong friendships both on and off the water. We were close to nature enjoying swan and duck families for neighbours, and it was a fascinating chapter in our lives. We now reside in a small bungalow on the Lincolnshire coast where we have forged new friendships and interests.
View all posts by pensitivity101 →
This entry was posted in blogging, Challenge and tagged #JusJoJan. Bookmark the permalink.