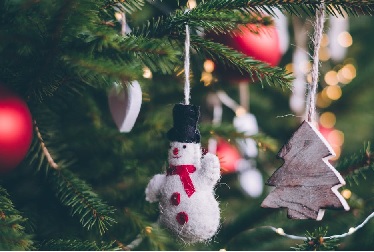 The Spirit of Christmas is vastly misunderstood.
Some say it comes in a bottle or a can, others that is a time to be merry and gay, even if you don’t feel like it.
The true Spirit goes beyond what we can see or feel though. It affects everyone and everything.

He hoped he got the seat by the window. Last year had been pretty dull as he’d had no view at all.
He wondered if she would remember him. It had been two years afterall.
He was pretty much the new guy on the block then, but just one look at Her was enough to melt his heart.
His friends told him she was a lost cause, they were destined never to meet, as romances across a great divide could never work. Still, he remained optimistic.
He was thrilled when he realised his position and as the remaining ornaments took their place on the tree, he raised his hand in greeting to the Fairy as she was removed from her special box. She winked at him.
It lifted his spirits no end.

I am a retired number cruncher with a vivid imagination and wacky sense of humour which extends to short stories and poetry. I love to cook and am a bit of a dog whisperer as I get on better with them than people sometimes! We have an elderly dog called Maggie who adopted us as a 7 week old pup in March 2005. From 2014 to 2017 'Home' was a 41 foot narrow boat where we made strong friendships both on and off the water. We were close to nature enjoying swan and duck families for neighbours, and it was a fascinating chapter in our lives. We now reside in a small bungalow on the Lincolnshire coast where we have forged new friendships and interests.
View all posts by pensitivity101 →
This entry was posted in #flash fiction, blogging, Challenge and tagged ffftpp #51. Bookmark the permalink.