It started off pretty much as normal, with Hubby awake just after five in desperate need of a drink. This cold/flu or whatever bug it was has certainly taken it out of him as he has had it way worse than me.

Maggie seized the moment and got up on the bed to snuggle into the vacated warm spot, and together we dozed for another two hours.
It’s been a tick list and shopping day today, and in some respects extremely positive.
Hubby had a look at the cooker, and ignoring the grime, dead chips and burnt offerings at the bottom of the housing, repaired the knob and got it working. With no manual, we got onto the internet and downloaded it. It works, so will do for the time being. This is a good thing as replacements available are too deep for the hole so it would mean a kitchen revamp and we simply can’t afford that just now. However, if it fails, I am still Queen of the Two Pan Dinner, and we will not starve.

We did a load of washing early and got it out on the line, but it started to rain around 11 and with no wind or sun previously, it was as damp as when we put it out. That meant a launderette job, but we had other things to do first.

Our shopping list for the day was a full A5 page long. On other pages in the pad were addresses and post codes of various establishments for the SatNav.
The good news is that we found a shower fitment that will replace the one on the wall without having to take the taps off the bath. It was actually out of stock but available for free home delivery and will come tomorrow. We also found some vinyl floor tiles for the bathroom, and some doorknobs for the bedroom fitment. I think that will practically finish the work in there then.
The bad news was that there were no suitable shelving units for our knick knacks, so we had to try elsewhere.

I needed spare bed linens, but there was no way I was going to pay almost thirty pounds for a duvet cover and two pillow cases, especially in a design and colour I didn’t particularly like.
However, over the road was a second hand furniture place, and we have picked up a solid pine drop leaf dining table for sixty five pounds. It needs to be sanded down and revarnished (or oiled) but it is a beautiful piece of furniture, and we can get some chairs to go with it at a later date.  When collapsed down, the top is less than a foot wide, so ideal for our lounge without being intrusive. It was a game getting it in the car, but it’s amazing what you can do with a lorry strap and some rope, AND we could close the boot without Maggie getting squashed in the process.

We needed fuel and pulled into a large ‘EXTRA’ supermarket which sadly didn’t sell any!
I went inside anyway and came out with a king size duvet and two pillow case set, 2 pairs of pillow cases and a matching fitted double sheet for a total of £27.60 as they were discontinued lines. Our bed won’t mind being out of date in the dark.

We finally found a supermarket with fuel at 8p a litre cheaper than locally and filled up.
I also nipped in for inspiration for dinner and came out with a New York style cheesecake.
Oh well, close.

Onward then to plan B to find a stepping stool and some suitable tools for Hubby.
He has been managing on the basics and what we can buy locally, but the quality is iffy and when a masonry drill BENDS when it hits the wall, well, it’s no surprise holes aren’t straight.
I insisted he spent some money on himself and bought better quality, so he’s done just that and will be having a sorting out session of the rubbish tools tomorrow. 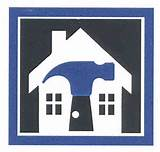 My idea about more cubes for shelving didn’t pan out as once again they were out of stock, as were every other alternative I looked at. I gave up and walked out. I’ll walk to the second hand place round the corner and see if they have any bookcases, which is my plan C, paragraph J, appendix iv. They’ll deliver locally without charge if I’m lucky.

Home again and I decided to walk the dog on the beach whilst Hubby went up to get the drying done. I was hoovering the house when he got back, and our main meal tonight was a ham salad with a jacket potato (and part of that cheesecake for afters). With recent digestive problems, we have been trying to have our main meal either early afternoon or around midday, so something light tonight shouldn’t have an adverse effect on us when we go to bed.

Time to relax and catch up with my blogging friends.
Where has the day gone?

I am a retired number cruncher with a vivid imagination and wacky sense of humour which extends to short stories and poetry. I love to cook and am a bit of a dog whisperer as I get on better with them than people sometimes! We have recently lost our beloved dog Maggie who adopted us as a 7 week old pup in March 2005. We decided to have a photo put on canvas as we had for her predecessor Barney, and now have three pictures of our fur babies on the wall as we found a snapshot of my GSD so had hers done too. From 2014 to 2017 'Home' was a 41 foot narrow boat where we made strong friendships both on and off the water. We were close to nature enjoying swan and duck families for neighbours, and it was a fascinating chapter in our lives. We now reside in a small bungalow on the Lincolnshire coast where we have forged new friendships and interests.
View all posts by pensitivity101 →
This entry was posted in current events, diary, DIY, shopping and tagged DIY, new home. Bookmark the permalink.